Witness the Shortest Day of the Year on December 21st 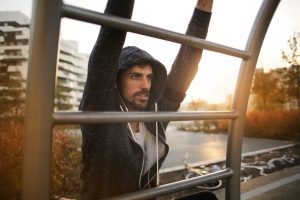 The winter solstice happens when half of the Earth is tilted at its farthest point away from the sun. Since the Sun is farther away, less sunlight reaches that part of our planet. This causes the day to grow shorter and things to get colder than usual.

The winter solstice is known by other names such as midwinter, hibernal solstice, and hiemal solstice. For some cultures, the winter solstice holds special significance as it’s often used to guide activities or perform rituals and spells. Some locations have been specifically built for the event. One famous example is Stonehenge in England. Two of its great stones (also called a “trilithon”) are oriented outward from the middle of the monument, their flat faces turned toward the midwinter sun.

How much do you know about the winter solstice? Check out these 3 amazing facts here:

It’s pretty rare for the Sun to reach its lowest point on the 20th or the 23rd of December. However, it isn’t impossible. Still, you might have to wait for a few hundred years for this to happen. The last winter solstice that took place on December 23rd was in 1903. It isn’t expected again until 2303, which is almost 300 years away!

Several leaps in mankind’s advancement occurred during the shortest day of the year. Marie Curie, for example, discovered radium on December 21, 1898. This heralded the atomic age. Apollo 8, the first manned moon mission, was launched on December 21st in 1968. While these historic events may be pure coincidence or something more, they’re definitely mind-boggling!

Coming from the Latin scientific term “solstitium,” the rough translation of the word solstice is “sun stands still.” While we now know that the solstice phenomenon has something to do with the Earth’s position and distance from the Sun, people in earlier times focused more on the time the Sun is seen from the sky and the light it casts. Thus, they called the phenomenon “solstitium.”

Warm the Hearts of Our Struggling Vets

Even though the winter solstice makes daytime shorter, you can still bring lots of sunshine into the lives of our suffering veterans. All you have to do is to turn over any vehicle you have that you no longer need to us at Veteran Car Donations.

We’ll have your vehicle auctioned off, with the proceeds going to our nonprofit organization partners. These IRS-certified 501(c)(3) nonprofit organizations are dedicated to improving the living conditions of our veterans who are suffering from service-connected disabilities and mental health issues, unemployment, and homelessness.

You will also reap rewards from your charitable contribution. You’ll benefit from our fast and free professional pickup and towing service, which we’ll provide you wherever you’re located in the United States. You’ll also enjoy the privilege of receiving a maximized tax deduction in the next tax season.

Even more valuable than those material perks, you’ll get to experience the joy and satisfaction of helping uplift the lives of our nation’s heroes.

We take in nearly all vehicle types, including those that are no longer in good condition.

If you have any questions or concerns, feel free to call us at 877-594-5822 or you may write to us here. Check out our FAQs page for more information on our donation program.

Brighten the Lives of Our Heroes 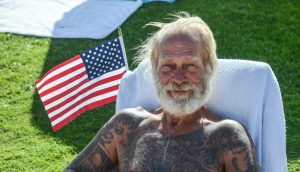 In celebration of the winter solstice on December 21st, brighten the lives of our neglected heroes this Yuletide season with a car donation. Call Veteran Car Donations at 877-594-5822 or fill out our online donation form now!