These Warriors Shaped Our History 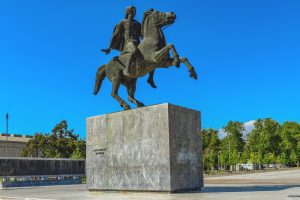 Our world teems with extraordinary individuals who changed the course of our history with their exceptional leadership and battle skills. The names of some of them may sound familiar since their rise to power has been documented in books and movies. Here are six of the greatest military leaders of all time.

Attila was the leader of a barbarian group called the Huns who terrorized large parts of Europe and the Roman Empire in the 4th and 5th centuries. His dominion extended from the Rhine to the Baltic Sea. He crossed the Rhine River in 451 in an attempt to conquer Roman Gaul (modern France). He then invaded Italy, devastating its northern provinces. His battle savvy and the might of his army enabled him to grab territories in the Eastern and Western Roman Empires. However, the Huns’ military campaign against the Romans ended when Atilla died in 453.

Many films and television series have been loosely inspired by the story of Spartacus of Thrace, a gladiator who was born in 109 BC and rose to fame by leading a revolt against the Roman Republic. He was recruited as a soldier in the Roman army but defected. He was subsequently captured by Roman soldiers and sold as a gladiator slave. He then led a slave uprising against the Roman slave masters. He built a 90,000-strong slave army to fight the Roman Republic. He died in battle in 71 BC.

The name of Sun Tzu is familiar to many because the bestselling book, The Art of War, is based on his teachings. Sun Tzu was an ancient Chinese general well known for his astute military strategies, expertise in martial arts, and deep philosophy. His teachings have influenced leaders such as Napoleon Bonaparte and Henry Kissinger.

Touted as one of the greatest military generals in Roman history, Gaius Julius Caesar led his troops to victories in Britain and France. Apart from being a great general, he also rose to fame as a statesman and politician, starting as a low-ranking magistrate. He rose to power as a dictator in the Roman Republic from 49 BC until his assassination in 44 BC.

King Leonidas of Sparta is best known for his bravery and his heroism in the Battle of Thermopylae during the Persian invasion of Greece in 480 BC. Vastly outnumbered by the million-strong Persian Army led by Xerxes, Leonidas and his 7,000 troops held their ground at the Pass of Thermopylae for seven days, blocking the only path where the Persian army could pass. Unfortunately, Leonidas was betrayed by a fellow Spartan named Ephialtes who showed the enemies a shepherd’s pass where they could attack the Spartan army from behind. Leonidas ordered the bulk of his troops to retreat and kept only 300 of his guards to fight off the Persian onslaught. They held out for two straight days of continuous battle before the Persians prevailed in one of history’s greatest battles.

Alexander the Great was king of Macedon from 336 BC to 323 BC. His rule spread from Greece to Egypt. He was a student of the philosopher Aristotle and led his army to victory in almost every battle. Unfortunately, his plans to invade Arabia were halted by his sickness and subsequent death in 323 BC.

We Have Plenty of Heroes, Too — and Many of Them Need Help

Our country boasts not just of famous military leaders such as George Washington and Douglas McArthur but other heroes as well who fought bravely and honorably to protect the lives and liberty of their fellow Americans.

Sadly, many of our former servicemen and servicewomen are now living miserable lives. They’re homeless, disabled, jobless, and physically and mentally ill.

They badly need assistance, which you can help provide by simply contacting us at Veteran Car Donations and donating to us any vehicle you no longer need. We will have your donated vehicle auctioned off, with the proceeds going to our veteran-focused charity partners.

As our donor, you’ll get to enjoy a maximum tax deduction based on the selling price of your vehicle during its auction. We’ll send you the 100% tax-deductible sales receipt of your car within days after its sale. You can then use this receipt to claim your tax write-off in the next tax season.

You’ll also benefit from our free pickup and towing service, which is available to all our donors in all parts of the country.

You can donate not just your old car but almost any other type of vehicle that you no longer need.

If you want to learn more about our vehicle donation program, feel free to visit our FAQs page. For inquiries or concerns, reach out to us through our toll-free hotline at 877-594-5822 or send us a message here.

Help Uplift the Lives of Our Heroes Today! 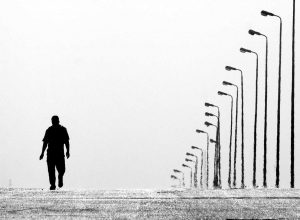 A car donation from you can go a long way in helping uplift the lives of our nation’s struggling heroes. Call Veteran Car Donations at 877-594-5822 or fill out our online donation form now!