What’s the Story Behind the Motto of Each of Our 6 Military Branches? 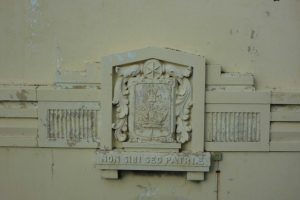 Military mottos are more than just catchy slogans. Each one of them represents the history and legacy of the particular branch of our country’s armed forces that it’s attached to. Every single one of them is unique, demonstrating the most important values of the branch it represents.

While you may already be aware of the six branches of our military (the Army, Marine Corps, Navy, Air Force, Space Force, and Coast Guard), do you know the mission of each of those branches? To understand them better, you’ll have to familiarize yourself with their mottos. To help you expand your military knowledge, here are the mottos of the six branches of the U.S. armed forces, along with their meanings.

First used by the War Office of the Continental Army during the American Revolution in 1778, the Army motto, “This We’ll Defend,” signifies the unit’s constant readiness over the past 200+ years to defend the country and preserve its integrity. The phrase is steeped in a long history of service to America, considering that the Army is the oldest branch of the military. You can find the motto on its official flag as well as on the Department of the Army’s emblem.

Although the Navy technically doesn’t have an official motto yet, many cite this Latin phrase, which translates to “not self but country,” as its unofficial motto. This saying invokes the spirit of sacrifice that our sailors and other members of the Navy carry throughout their service. You’ll see the motto inscribed above the chapel doors of the U.S. Naval Academy in Annapolis, Maryland.

Others claim that “Semper Fortis” (Latin for “always courageous”) is the Navy’s unofficial motto since the Navy used to venture out into the unknown of the vast oceans back in the 18th century. Some sources assume that “Anchors Aweigh,” which is the Navy’s unofficial anthem, is also its motto, which is false. Regardless of which motto is the legitimate one, the Navy continues to live by the ideals of these unofficial mottos as its sailors bravely and proudly serve our motherland.

For the Marines, “Semper Fidelis” isn’t just an official motto — it’s a way of life. This Latin phrase for “always faithful” embodies the corps’ commitment to serving not only our country but every one of its members as well. Since it encompasses the values of the Marine, particularly loyalty to one another, many consider the motto to be legendary.

True enough, the bond among our Marines is something special. It can be seen not only among those who are currently serving in the force but also among Marine veterans.

For a branch that is on-call 24/7 to preserve and protect our waterways, this Latin phrase (which stands for “always ready”) seems to be the perfect choice. No matter how rough the waters are, or how difficult the rescues are, the U.S. Coast Guard is always ready to respond.

No one knows for sure how this motto came about. Many believe that it was derived from the official marching song of the U.S. Coast Guard, which happens to have that exact title. However, some say that the newspaper The New Orleans Bee was responsible for the motto after praising the actions taken by the Coast Guard vessel Ingham along the Texas coast when it engaged a Mexican warship in combat in 1832.

The Air Force formally adopted a motto in 2010 after its airmen selected it through a survey. They said they wanted a motto that’s “inclusive, paying homage to the Air Force’s culture of diversity” and one that represents what it means to be an airman. “Aim High … Fly-Fight-Win” is a clear depiction of just that, honoring the legacy of these individuals. At the same time, the motto inspires current members of the force to push themselves to new heights.

Lastly, we have the newest of the U.S. military branches, the Space Force. The branch recently revealed its official motto, “Semper Supra,” a Latin phrase that means “always above.” The adage pays homage to the branch’s roots in the U.S. Air Force as well as its future in space.

The term “always” was chosen because, just like how space is unending in time and depth, so is the Space Force’s commitment to protect and monitor space and our satellites. “Above” signifies both the act of looking up in space and the branch’s value of excellence.

Make a Difference in the Lives of Our Suffering Veterans

Regardless of the motto adopted by the military branch that they became a part of, our veterans rendered invaluable service to our nation and as such, deserve all the help that they can get. This is particularly true for those who are suffering from homelessness, chronic unemployment, disabilities, and illnesses, including mental health disorders.

If you want to help turn their lives around, simply donate any unneeded vehicle you have to us here at Veteran Car Donations.

We’ll sell your donated vehicle through an auction and use the proceeds to fund our veteran-focused charity partners. These IRS-certified 501(c)(3) nonprofits use the funding to provide needy vets across the U.S. with vital services to improve their living conditions. Thanks to your charitable contribution, veteran beneficiaries in your community will receive free quality health care, financial aid, housing assistance, employment opportunities, family support, educational scholarships, psychotherapy services, and many other benefits.

As a donor, you’ll be entitled to claim the maximum tax deduction in the next tax season. You’ll also benefit from our free vehicle removal service, which is available to our donors in all 50 states.

Best of all, you’ll get to experience the priceless satisfaction of enabling our nation’s heroes to live the decent and dignified life they deserve.

We accept almost all types of vehicles regardless of their age or condition. Whether you intend to hand over to us a rusty pickup truck or a motorcycle that barely runs anymore, we’ll gladly take it.

If you’re eager to learn about our donation process, head over to our FAQs page. If you have any questions or concerns, feel free to reach us at 877-594-5822 or you may write to us here.

Be a Ray of Sunshine to Our Hurting Heroes

Give our nation’s hurting heroes hope of a brighter future. A simple vehicle donation can mean the world to them. Call Veteran Car Donations at 877-594-5822 or fill out our online donation form now!