How Different Cultures Celebrate the Start of Summer on June 20th 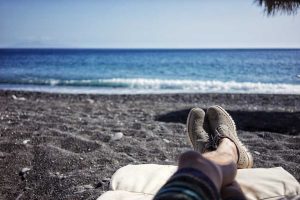 How You Can Celebrate the Summer Solstice

In the U.S., the summer solstice is celebrated by tapping into certain traditions and beliefs. Here are some ideas on how you can spend the beginning of the summer on the 20th of June:

The summer solstice represents ascension in many spiritual teachings as the progress of the Sun’s movement symbolizes reaching enlightenment. As the Sun reaches its highest point, it represents the climax of its journey. It is the best time to meditate, reflect, and connect with nature.

The summer solstice is connected with numerous festivals and celebrations of nature and deities. Have some fun as you celebrate ancient traditions. Host a party with your friends. Have fun around a bonfire. Fly sky lanterns. Make flower crowns. Simply celebrate the arrival of summertime.

If you’re an astronomy buff, you can find out just when the summer solstice will occur. Spend time outdoors observing the event.

You can start working on your backyard garden just like what the ancient Greeks and Egyptians did. As the summer solstice is typically associated with abundance, start on the project to make your garden grow.

Different cultures have many beliefs associated with the summer solstice. Here are some of the most interesting ones:

In ancient Greece, the summer solstice marked the start of the New Year. On this day, the ancient Greeks celebrated the festival of Kronia to honor their god of agriculture, Cronus. For one day, slaves were given equal status as their masters and were allowed to participate in games and festivities to honor their deities.

In ancient Egypt, the summer solstice heralded the arrival of the sky’s brightest star, Sirius. It marked the annual flooding of the Nile River to enrich crops. It also marked the beginning of the New Year.

In ancient Europe, pagans celebrated the summer solstice by dancing around a bonfire with the belief that it warded off demons and other evil spirits. Pagans also believed that herbs like St. John’s wort, verbena, and rue were most effective at this time to ward off fairies that led humans astray.

The summer solstice is associated with the feminine energy yin while the winter solstice is represented by the yang or male energy.

Vikings tackled legal matters and disputes during the summer solstice.

Bring Sunshine in the Lives of Our Veterans 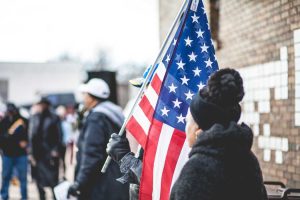 The summer solstice is associated with prosperity. However, not everyone is inclined to celebrate the arrival of the summer. Among those who would be in no mood for such a celebration are the thousands of our veterans who are encountering great difficulties in transitioning to civilian life. They are those who are mired in poverty, homeless, unemployed, and suffering from service-connected disabilities and illnesses including mental health issues.

It is unfair for them to live in misery, considering that they risked their lives and endured numerous sacrifices to secure our freedom and security when they were still on active duty.

You can easily extend a helping hand to them by donating a vehicle you no longer need to us at Veteran Car Donations. We will auction off your vehicle and use the proceeds to support the programs and services of our charity partners.

The funding enables these IRS-certified 501(c)3 nonprofit organizations to render services to more needy veterans and their families living in your local area. These charities provide their beneficiaries with financial assistance, free medical treatment, employment opportunities, family support, and other essential services.

As a token of our gratitude, we’ll be sending you a tax-deductible receipt, which will entitle you to claim a maximized tax deduction in the next tax season. You will also benefit from our free pick-up and towing services.

For more information about our program, head over to our FAQs page. Give us a call at 877-594-5822 or send us a message here if you have any concerns or inquiries.

Give Hope to Our Struggling Heroes

The summer solstice is a time for celebration. It is also a time to give hope to people who badly need it. Provide such hope to a veteran wallowing in misery by teaming up with Veteran Car Donations. Call us at 877-594-5822 or fill out our online donation form to donate your old clunker now!