The 29 American Presidents Who Served in the U.S. Military 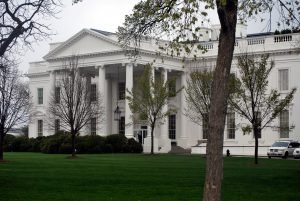 Did you know that more than half of the United States’ presidents once served in different branches of the military before they ran for office? However, as of the 2016 presidential election, no president had served in the U.S. Marine Corps or U.S. Coast Guard. Most of them had military experience in the Army and in the Navy.

Although military service is not a requirement for becoming president, 29 out of the 45 U.S. presidents were servicemen during times of war and peace. Regardless of the situation they were in during their time in the service, their stint in the military proved to have a positive impact on their election campaigns well as their relationship with the military brass.

Who Are the 29 American Presidents Who Served in the U.S. Military?

To refresh your memory, Veteran Car Donations has listed down the names of the 29 American presidents who served in the U.S. military together with a brief description of their military career.

George W. Bush joined the Texas Air National Guard in May 1968, during the Vietnam War. He spent two years on active duty while training to fly and four years on part-time duty. In November 1970, Bush was promoted to First Lieutenant. Bush performed part-time Guard duty as an F-102 pilot through April 1972. In October 1973, Bush was honorably discharged from the Texas Air National Guard and the Air Force Reserve in November 1974, ending his military service.

George H.W. Bush was a Junior Grade Lieutenant in the United States Naval Reserve and was a Navy pilot in the Pacific during World War II. After his 18th birthday just six months after the Japanese attacked Pearl Harbor, he enlisted and entered flight training school at 19 years old, making him the youngest U.S. naval aviator for a time. He survived after his TBM Avenger bomber plane was shot down after dropping bombs on Japanese positions on Chichijima Island while he was assigned to the escort carrier ISS San Jacinto.

The 40th president, Ronald Reagan, served as an Army reserve in 1937 and was called to active duty four months after World War II began. However, due to his poor eyesight, he was forbidden to take an assignment overseas.

President number 39, Jimmy Carter graduated from the United States Naval Academy in 1946 and served in the Navy’s submarine force as Lieutenant until 1953.

Richard Nixon’s successor, Gerald Ford, was in the Navy during World War II (1942-1945) as a Lieutenant Commander. He took part in wartime action across the Pacific while he was assigned to the escort carrier USS Monterey until he was eventually discharged in 1946.

Nixon, the 37th U.S. president and the only one to resign, was a United States Naval Reserve Commander during World War II. Despite the fact that Nixon was a Quaker whose beliefs oppose the use of violence even during times of war, the attack on Pearl Harbor prompted him to enlist. He earned two battle stars for his service in the Pacific.

Lyndon Johnson was already a Congressman from Texas when World War II began. He became a United States Naval Reserve lieutenant commander until 1948. He was awarded the Silver Star after the aircraft that he was riding on while on an observation mission was attacked by Japanese forces in 1942.

John F. Kennedy served with distinction in World War II as the commander of PT-109 in the Pacific. He was awarded the Navy and Marine Corps Medal as well as the Purple Heart after he saved the lives of his men when their boat was sunk by a Japanese destroyer in 1944.

The 34th president, Dwight D. Eisenhower led the Allied Forces in Europe in World War II. During the inter-war years, he also served as General Douglas McArthur’s Chief-of-Staff. Although he never saw action himself, he was considered as a supreme organizer of men. In fact, his success in the military catapulted him to the presidency.

Harry S. Truman joined the Stateside National Guard Service in Missouri in 1905. He saw action in August 1918, when he served as a captain of an artillery unit at the Argonne Forest in France during World War I. He was eventually transferred to Army Reserve until his retirement in 1953.

During the Spanish-American War, Theodore Roosevelt led the famous 1st United States Volunteer Cavalry also known as the “Rough Riders” to their victory in the Battle of San Juan Hill in Cuba. In 2001, he was posthumously awarded the Medal of Honor.

William McKinley was the last president to have served during the Civil War era. He was a sergeant of the Ohio volunteers under the command of Rutherford B. Hayes before he saw combat in West Virginia, the Battle of South Mountain, the Battle of Antietam, and in the Valley Campaigns of 1864. When the war ended, he was a major in the Union army.

Before he took part in the Battle of Nashville, Benjamin Harrison was a regimental commander for reconnaissance and guard duty units as well as the frontline infantry in Union General William T. Sherman’s March to the Sea.

Chester A. Arthur served as Judge Advocate General in the Second Brigade of the New York Militia. During the Civil War, he served with the rank of general. However, he never saw action, having been assigned in the Quartermaster Corps.

President number 20, James Garfield commanded the 42nd Ohio Regiment during the American Civil War. However, after he led his men to victory in the Battle of Middle Creek in 1862, Garfield did not see any more action.

Before Ruther B Hayes entered the United States Army during the Civil War, he was already a lawyer and a local politician in Ohio. He was a man of valor who saw combat many times and was almost always on the winning side of the battle.

Ulysses S. Grant’s military leadership of the Union Army during the American Civil War became the basis for his election as president in 1870. During the Mexican-American War, Grant served with distinction until he was dismissed in 1854 for drunkenness. However, when the Civil War began, he was called up as a colonel for a training regiment. In 1864, he was eventually named Union Army commander

Andrew Johnson was Lincoln’s second vice president before he became the 17th U.S. president. He was given the rank of general when he was appointed by Lincoln in 1862 as the military governor of Tennessee.

We know that Abraham Lincoln played a critical role in the Union victory over the Confederacy in the Civil War. Before that, he served three months in 1932 in the Illinois State Militia during the Black Hawk War. Although he was elected captain, he never saw action on the battlefield.

James Buchanan, the 15th president, enlisted as a private in Henry Shippen’s Company 1st Brigade, 4th Division, Pennsylvania State Militia during the War of 1812 when the British invaded neighboring Maryland. He was the only president with military experience who didn’t serve as an officer.

Before Franklin Pierce was appointed Brigadier General during the Mexican-American War, he had already been a congressman and senator. Pierce led his troops in combat, suffered injury, and fell ill while being treated in a hospital tent.

During the 1820s and 1830s, Millard Fillmore served in the New York State Militia as a major. During the American Civil War, he organized a Union Continental home guard unit in Buffalo, New York.

The 12th president, Zachary Taylor, was known to be the most accomplished military man to become our nation’s leader before Ulysses Grant after the American Civil War. He became an officer in the U.S. Army in 1808 before he fought with distinction in the War of 1812 as well as in the Indian Wars of the 1830s. He was a major general just before the outbreak of the Mexican-American War in 1845. He led American troops to victories in Resaca, Palo Alto, Monterrey, and Buena Vista.

James K. Polk served as a cavalry unit captain in the Tennessee Militia before he was appointed as a colonel under Governor William Carroll.

John Tyler became the 10th president of the United States after Harrison died only one month into his term. Although Tyler organized his own volunteer force called “Charles City Rifles” for the purpose of defending Richmond during the War of 1812, he never saw action.

When the war between the Shawnee tribe and their allies broke out in 1811, Harrison was the Governor of the Indiana Territory. He also served in the U.S. Army as a major general.

President number 7, Andrew Jackson was already famous before he was elected president because of how he led his troops against the British at the Battle of New Orleans during the War of 1812. Aside from this, he also carried out campaigns against the Cherokee Native American tribes in 1829.

James Monroe, the fifth U.S. president, was an officer in the Continental Army during the American Revolutionary War. He was severely wounded in the Battle of Trenton. In the famous painting “Washington Crossing the Delaware,” Monroe was depicted holding the American Flag behind George Washington.

George Washington was the first president of the United States who was also the general of the armies of the United States who led troops in putting down the Whiskey Rebellion during his term as president. He catapulted to the presidency after he commanded the Continental Army during the American Revolution. Washington was also recognized by the Continental Congress because of his prior service in the Virginia Militia during the French and Indian wars. 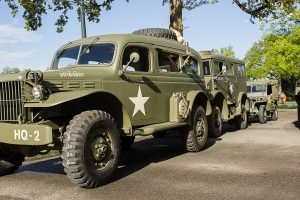 Just like our former presidents who served in the military, our other veterans deserve more than just a pat on the back for upholding our freedom and defending our country. At present, many of them are having trouble reintegrating themselves into society after their separation from the service. In fact, a large number of them are mentally ill, unemployed, and homeless.

Donating an unwanted vehicle to Veteran Car Donations can help our needy veterans get back on their feet. We auction off all donated vehicles and use the proceeds from the sale to support the programs of our charity partners that look after the welfare of our active-duty troops, former servicemen and servicewomen, and their families as well.

With your charitable contribution, they can benefit from free mental healthcare, mortgage-free and specially adapted homes, opportunities for education and employment, job training, transitioning assistance, tutoring support, and many other benefits.

Since we’re working with our IRS-certified 501(c)(3) nonprofits, your donation will be 100% tax-deductible. Plus, you won’t have to spend a single dime when you donate your vehicle to us because we offer free pickup and towing services. We also handle all the required paperwork for you.

You can donate to Veteran Car Donations by either calling us or filling out our secure online donation form. We accept donations of nearly all types of vehicles regardless of age and condition, which means you can hand over even vehicles that are no longer in good running condition. You can also make your donation wherever you are in the United States since we have vehicle donation programs in all 50 states.

Show Gratitude to Our Vets with Your Car Donation

Just like the 29 American presidents who served in the U.S. military, our nation’s many other heroes, our veterans, deserve to be honored for their invaluable service to our nation. Call us at 877-594-5822 and show them your gratitude with your car donation!