Give Thanks to Our National Guard on December 13th 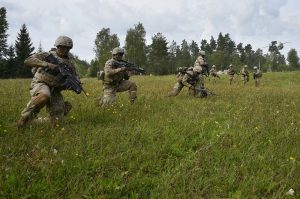 On December 13th this year, our country’s National Guard celebrates its 384th birthday. On this date in 1636, the Massachusetts Bay Colony organized three militia regiments, becoming the country’s first militia units. They were created to strengthen the colony’s defense against the growing threat posed by native Indians.

The title “National Guard” was first used in 1824 and became a standard nationwide militia title in 1903. Today, the National Guard continues its historic mission of defending the nation.

The U.S. National Guard is part of the reserve components of our Army and Air Force. It is a military reserve force composed of National Guard military members or units of each state and other U.S. territories. National Guard units are under the dual control of the state governments and the federal government.

Many National Guard soldiers and airmen hold full-time civilian jobs while serving part-time as National Guard members. While they are a special part of the United States military, they’re mainly under the control of state governors. They are usually called in during times of natural calamities, helping to move supplies and evacuate locals. They can also be called to help the local police force in confronting crowds at protests and helping to maintain control in times of civil unrest.

In a crisis or in times of war, the President can call the National Guard to reinforce active-duty U.S. troops, placing them under his direct command temporarily.

How You Can Meaningfully Celebrate the U.S. National Guard Birthday

Invite someone you know or someone in your community who’s serving in the National Guard to a cup of coffee or treat them out to dinner. Show them your appreciation and gratitude for their effort and sacrifice.

Although the Army National Guard and the Air National Guard are reserve components of their services and operate in part under state authority, their members are likewise accorded veteran status when they leave the service just like the members of our Army, Marine Corps, Navy, Air Force, Space Force, and Coast Guard. Thus, you can honor our National Guard veterans by donating to a charity that supports them and promotes their welfare.

Reaching Out to Needy Veterans in Your Area

If you’re planning to donate for the benefit of veterans from the National Guard and our militabranches, you can render effective assistance to those vets in your community by simply donating a vehicle you no longer need to us at Veteran Car Donations.

We’ll sell your vehicle by auctioning it off, with the proceeds going to our veteran and military nonprofit partners.

These are IRS-certified 501(c)3 nonprofit organizations that take care of our veterans who are going through a difficult phase in their lives. They include those who are burdened with service-connected disabilities and mental health issues, those who are unable to find jobs to support themselves for one reason or another, and those who have fallen deep into poverty and now find themselves homeless, forced to beg for alms from passersby on city streets and sidewalks.

Our charity partners use the generated funds from the sale of donated vehicles to finance vital programs that provide deserving veterans and their families with quality health care, financial aid, housing assistance, employment opportunities, family support, educational scholarships, psychotherapy services, and many other benefits.

As our donor, you’ll get to enjoy a top tax deduction. You’ll also receive free pickup and towing service from us wherever you’re residing in the country.

The best reward you’ll get, however, is the priceless feeling of joy and satisfaction for helping uplift the lives of our nation’s heroes.

We take almost all types of vehicles, including those that barely run anymore. Head over to this page to get a complete idea of what we usually accept as donations.

If you want to learn more about our vehicle donation program, feel free to visit our FAQs page. For inquiries or concerns, reach out to us at 877-594-5822 or send us a message here. 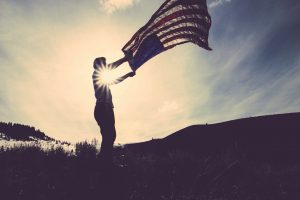 Turn the U.S. National Guard Birthday this December 13th into a day for giving back to our heroes. A simple vehicle donation can leave a lasting impact on their lives. Call Veteran Car Donations at 877-594-5822 or fill out our online donation form now!