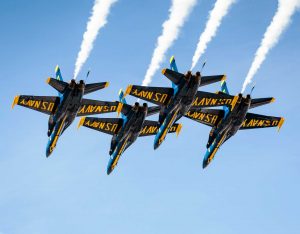 October 13, 1775 — that’s a date that will forever be etched in our nation’s history. It’s the birth date of the U.S. Navy, the most advanced and powerful naval force on our planet today. Thus, on October 13th this year, the Navy will be celebrating its 245th birthday.

The U.S. Navy’s birthday should not be confused though with Navy Day, which was created in 1922 to recognize the service rendered by Navy personnel. Navy Day is held will be held on October 27th, a date chosen in honor of President Teddy Roosevelt whose birthday was also on the 27th of that month.

We have all the right to be proud of our Navy. Don’t let the 13th of October pass by without doing something special. Join the celebration and pay tribute to our mighty United States Navy!

The Strength of Our Navy

In terms of numbers, the U.S. Navy may not be the largest anymore. A recent report from the U.S. Department of Defense stated that China’s navy is now the largest in the world with its 350 battle force ships, as opposed to the U.S. Navy’s 293 ships.

The U.S. Navy started small. When it was founded on October 13, 1775, it was composed of only six ships and was known as the Continental Navy. The ships were used to intercept ships sent to resupply British Army troops at or near the colonies.

The navy’s modernization started in 1880, marking a new age for the U.S. Navy as modern and powerful ships started coming out of shipyards. From then on, the United States naval forces grew as the country became engaged in numerous conflicts and wars throughout the globe.

A combination of advanced technology, experience, and numbers have enabled the United States to become the world’s undisputed naval superpower.

3 Things You Can Do On October 13th

Take a look at some of the things you can do on October 13th when our navy celebrates its 245th birthday:

Use social media to spread awareness about the United States Navy. Fun facts and trivia are a great way to catch people’s attention, especially if they’re highly interesting or not widely known.

Plan a trip to Norfolk, Virginia to visit the biggest naval base in the world. It’s the headquarters and home port of the U.S. Navy’s Fleet Forces Command. It will surely be an interesting trip, especially if you’re a navy or military junkie. There you’ll see aircraft carriers, cruisers, destroyers, amphibious assault ships, and other warships. You can learn more about the history of our navy there.

Donate to a military or veteran-focused charity that provides much-needed assistance to our veterans, including our navy vets. It doesn’t have to be in cash. Some organizations, such as ours at Veteran Car Donations, accept non-cash contributions like old vehicles.

A Great Way to Honor Our Heroes 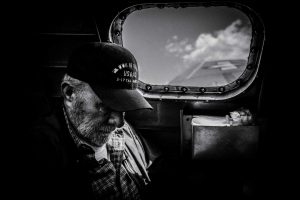 In celebrating our Navy’s birthday on October 13th, it’s only right that we pay tribute to our Navy veterans who, along with our other former troops, sacrificed a lot and risked their lives to protect ours and defend our nation’s freedoms and interests. For the service they’ve rendered, they are considered our nation’s heroes.

Sadly, many of our veterans are living miserable lives, saddled by their service-related disabilities and illnesses, including mental health disorders. These disadvantages prevent them from finding decent and stable jobs that could enable them to support themselves and their families. Some have become so impoverished that they’ve been evicted from their rented homes and become homeless, forced to beg for alms on our streets.

You can easily lend a helping hand to these suffering veterans. All you have to do is to contact us at Veteran Car Donations and donate to us any vehicle that you no longer need.

We’ll sell your vehicle through an auction and distribute the proceeds to our military and veteran nonprofit partners that are dedicated to promoting the welfare of our nation’s heroes.

Thanks to your donation, much-needed aid will be given to needy veterans, including their families. Depending on their needs, our nonprofit partners will provide them with quality health care, financial aid, housing assistance, employment opportunities, family support, educational scholarships, psychotherapy services, and many other benefits.

You will also get your share of valuable rewards from your donation. These include a substantial tax deduction and the free towing of your car wherever you are in the country. More than the material rewards that await you, you will also find great satisfaction in uplifting the lives of the struggling heroes in your area.

You can donate almost any type of vehicle  whether it’s still in tip-top shape or needs a lot of work.

To learn more about our vehicle donation program, feel free to visit our FAQs page. Should you have any questions or concerns, you may reach us at our toll-free hotline 877-594-5822 or send us a message .

Give Hope to Suffering Vets on Navy’s Birthday

On our Navy’s birthday this October 13th,  let our suffering heroes find hope for an end to their misery. Use this day to make an impact on their lives, Call Veteran Car Donations at 877-594-5822 or fill out our online donation form to make your car donation now!