Gone are the days when doctors would only rely on medication to treat mental health disorders that affect many of our military veterans. Today, more and more therapy options are available, including art therapy, prolonged exposure therapy, and recreational therapy.

What you probably didn’t know yet is equestrian therapy, otherwise known as horse therapy.

What is Equestrian Therapy?

Like any other therapy, equestrian therapy aims to foster the mental and emotional growth of troubled individuals. The therapy uses horses to help patients who suffer from psychological conditions such as anxiety, mood or behavioral disorder, brain injuries, Post-Traumatic Stress Disorder (PTSD), as well as those who are coping with a death of a loved one. Horses also aid people with dementia, Attention Deficit Hyperactivity Disorder, autism, Down syndrome, and other forms of genetic disorders.

Supervised by a licensed therapist, equestrian therapy aims to help patients overcome their problems by having them spend time with horses. Whether these individuals are struggling emotionally, mentally or even physically, the treatment has been proven to be effective. Many patients even have a hard time parting ways with the gentle animals once they complete their sessions as they tend to develop certain attachments to them.

Although dogs are considered to be man’s best buddies, they don’t possess one unique skill that horses have, which is reflecting the emotions of a person. Unlike any other animals, horses are said to be empathetic in nature, oftentimes mirroring the behavior of anyone placed close to them.

Since these receptive and emotionally attuned animals act like humans in terms of their social behavior, it’s much easier for patients to quickly form a bond with them. 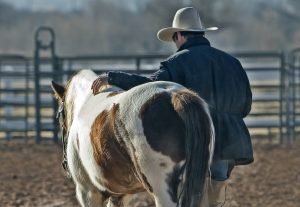 A number of veterans diagnosed with PTSD have been treated using horse therapy.

In 2017, a team of researchers from Columbia University conducted a study on how horses can play a crucial role in treating psychological disorders.

Funded by a nonprofit, The Man O’ War Project, the study aimed to determine the effectiveness of the therapy by pairing troubled veterans with the animals. The founder, seasoned horseman Earle Mack, happened to be an army veteran himself. Believing that horses and distressed soldiers would work harmoniously together, he pitched the idea to the university. The experimental therapy proved to be a success.

Once a week for eight straight weeks, three or four veterans at a time spent 90 minutes with two horses. They were accompanied by two staff members. The veterans, aged 30 to 68, had been diagnosed with chronic PTSD, a condition that had afflicted them for several years. Most of them came from VA centers in New Jersey and New York.

Prudence Fisher, one of the study’s directors, witnessed the impressive progress of one participant. During the first session, the veteran was a bit hesitant to mingle with the animal that was assigned to him as he had a fear of horses. By the third session, however, Fisher noticed how comfortable he had gotten with the horse, even seeing him leaning lovingly on the animal.

With an estimated 30% dropout rate in most trials, Fisher, along with her co-director, Yuval Neria, remained positive on the outcome of their behavioral experiment. To their amusement, most participants loved it. They came on time every session, indicating that they were really enthusiastic. There were even some who decided to take riding lessons or other horse-related activities once they finished their sessions.

What sets equestrian therapy apart from other PTSD therapies is that it does not mainly focus on the traumatic experiences of their patients. Before the veterans are introduced to their horses, they take part in a mindfulness exercise. The first week usually involves grooming and getting acquainted with their new friends. The following week, the vets are allowed to walk the horses around.

The therapy has been proven effective in helping veterans reintegrate to society. For instance, there was one veteran who used to be terrified of taking the subway. After his sessions ended, he was able to overcome his longtime fear.

With the therapy’s proven efficacy in treating patients with PTSD and its popularity among veterans, experts are hopeful that suicide rates among PTSD sufferers would decline. 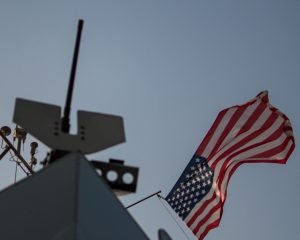 If you want to help our veterans who are suffering from mental disorders, service-connected disabilities, unemployment, poverty, and homelessness, all you have to do is donate your old and unwanted vehicles to Veteran Car Donations. We’ll auction off whatever vehicle you hand over to us and use the proceeds to support the critical services and programs being delivered by our charity partners to their veteran beneficiaries.

Your charitable contribution will not only help uplift the lives of our struggling veterans but will also give you the chance to benefit from a top tax deduction.

Help Transform the Lives of Our Veterans

Equestrian therapy is just one of the many effective ways of treating veterans with mental health issues. Veteran Car Donations supports all programs designed to ease the plight of our nation’s heroes and improve their living condition. Call us at 877-594-5822 and help transform the lives of our veterans with your car donation!