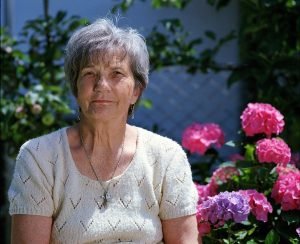 Let’s express our support, sympathy, and affection towards Gold Star Mothers and their families on Gold Star Mother’s Day (September 30). Like all of us who love our mother, Veteran Car Donations believes that every mother is a gift from heaven. However, this holiday honors those who have lost their sons and daughters while serving our nation as members of the United States Armed Forces.

In Senate Joint Resolution 115 made on June 23, 1936, lawmakers set the last Sunday of September of each year as Gold Star Mother’s Day.

How It All Started

The American Gold Star Mothers was founded by Grace Darling Seibold in 1928 in recognition of the mothers of those who died in action in the Great War (WW 1). Seibold spent most of her time working through the grief of losing her son during the war by organizing a group of women who were going through the same ordeal. The pain that they felt was eased by each other’s comforting words and gestures and their newfound purpose of giving care to hospitalized soldiers who returned home with injuries.

In case you’re wondering how they came up with the organization’s name, it was derived from the custom of hanging the service flag on the windows of the homes of those who had family members who served in the army. A blue star represents a living family member in active service while a gold star stands for a family member who died during military operations.

Any woman who is a legal resident or a U.S. citizen can become a Gold Star Mother if her son or daughter serving in the military is declared missing in action or died while in service, regardless of the circumstances surrounding the soldier’s death, whether in combat or otherwise.

The Importance of Gold Star Mothers

In most cases, the consent of a parent is a prerequisite for signing up with the United States Armed Forces. Without it, recruitments and re-enlistments cannot be processed. Needless to say, the resilience and determination shown by the mothers who allowed their sons and daughters to risk their lives for the country are nothing short of heroic.

Had these women not believed in everything we stand for as a nation, we would not have brave men and women defending our country’s freedoms and safeguarding our security in the war-torn areas where they have been deployed.

A Gold Star Mother is truly an inspiration to individuals who support a family member’s call to serve.

One Way of Supporting Our Veterans 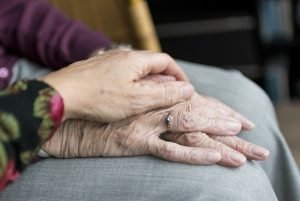 Just as Gold Star Mothers show their support to our servicemen and women, we encourage you to express your support to our veterans and active-duty troops by donating your unwanted vehicle to us at Veteran Car Donations.

Your charitable contribution will make it possible for needy veterans to receive essential physical and mental health care, housing, job training, scholarships, transitioning assistance, and many more. Moreover, your donated vehicle will also support the grieving families of soldiers who died on the battlefield.

To know more about Veteran  Car Donations, our donation process, the tax deductions and other rewards that await our donors, the types of vehicles you can donate, and other related matters, feel free to call our toll-free 24/7 hotline 877-594-5822. You can also visit our FAQs page or contact us online for your inquiries.

You can make your car donation by either calling us or filling out our online donation form. We accept vehicle donations anywhere in the United States since we have car donation programs in all 50 states.

If you want to make a difference in the lives of our nation’s struggling heroes on Gold Star Mother’s Day and even beyond that, call us at 877-594-5822 today to make your car donation.