Why Many Veterans Suffer from this Mental Condition 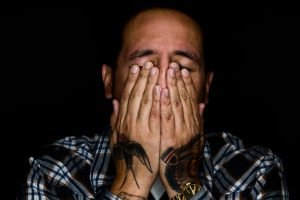 Post-traumatic stress disorder (PTSD) is one of the common mental problems faced by many of our veterans after they left the service. This was brought about by their exposure to life-threatening or shocking situations when they were deployed in war zones overseas.

Without treatment, a PTSD sufferer won’t get better over time. On the contrary, the condition tends to get worse as time goes by. Some veterans are still experiencing PTSD symptoms more than 50 years after they first experienced those symptoms.

PTSD can be severely stressful and scary if an individual is forced to deal with it on their own. The symptoms they exhibit include nightmares, flashbacks, the feeling of being back during a certain traumatic situation,

The chances of veterans developing PTSD are much higher than the general population. The more conflicts a veteran was exposed to while in service, the higher the chance for them to develop mental issues such as PTSD.

Veterans living with PTSD often describe it as living on the edge and being always on guard, watching for imagined monsters lurking in the shadows.

Studies show that the environment plays a huge role in PTSD. Veterans who feel comfortable with their friends and family and receive much support from them can effectively fend off this mental condition.

PTSD is caused by certain triggers and stressors, such as being unemployed or suffering from service-connected disabilities.

The Current Situation of Our Veterans and PTSD

In the Vietnam War, around 15 out of every 100 veterans were diagnosed with PTSD when the National Vietnam Veterans Readjustment Study conducted a study in the 1980s. During the U.S. military operations in Afghanistan and Iraq (Operation Iraqi Freedom and Enduring Freedom), around 11 to 20 veterans out of 100 developed PTSD within a year of service. Regardless of the conflicts that our veterans found themselves in, the number of PTSD sufferers within their ranks remained more or less consistent especially when combat was involved.

It should be noted, however, that though combat is the number one cause of PTSD, it has other causes. Even those behind the frontlines can develop PTSD. There have also been cases of PTSD developing in service members because of harassment within the military itself, including sexual abuse. 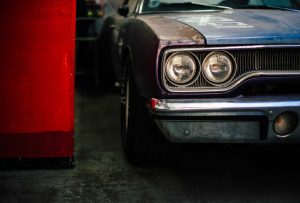 Life is a constant struggle for our tired veterans. They face one battle after another even after their service has ended. Some are suffering from PTSD and other mental health conditions. Some others can’t function normally because of their service-connected disabilities. Many can’t find suitable jobs while others are forced to live as homeless people due to utter poverty and lack of support.

While our government does have programs in place to help out our veterans, not all are lucky to avail themselves of government services. Thousands of disadvantaged veterans all over the United States continue to live miserable lives.

The good news is that not all hope is lost for them. You can extend a helping hand to our nation’s suffering heroes by simply contacting us at Veteran Car Donations and turning over to us any vehicle you no longer need.

We’ll put your vehicle up for auction, with the proceeds going to our veteran-focused nonprofit partners. These IRS-certified 501(c)(3) nonprofit organizations use the funding that we provide them to deliver quality health care, financial aid, housing assistance, employment opportunities, family support, educational scholarships, psychotherapy services, and many other benefits.

You will also reap rewards from your charitable contribution. You’ll get to benefit from our free towing service wherever you’re making your donation since we operate in all 50 states. You’ll also enjoy our quick and convenient donation process where you don’t have to do any paperwork. On top of that, you’ll have the privilege of receiving a maximized tax deduction in the next tax season.

We take in nearly all vehicle types, including those that won’t even start anymore.

If you have any questions or concerns, feel free to call us at 877-594-5822 or you may send us a message here. Check out our FAQs page for more information on our donation program.

Our Veterans Need Your Help More Than Ever

Work with us at Veteran Car Donations by making a vehicle contribution. Take a step forward to help our nation’s struggling heroes. Call us at 877-594-5822 or fill out our online donation form today!