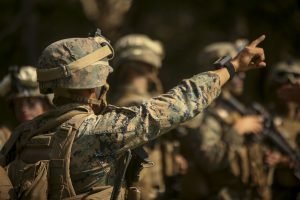 The year 1775 was a historic one for America. It was the year when the U.S. Armed Forces introduced a new branch, the Marine Corps, the maritime land force service branch of our military that’s responsible for conducting expeditionary and amphibious operations. It is one of the eight uniformed services of the United States.

Starting as a group of freedom fighters during the American Revolution against British colonizers, the Marine Corps went on to become one of our military’s most powerful forces.

Initially, its purpose was solely to aid in Revolutionary War efforts. The unit was disbanded in April 1783, following the end of the war. However, the country decided to resurrect the Marine Corps 15 years later.

As of 2017, there were about 186,000 active Marines and 38,500 personnel in reserve. Although they happen to be the smallest branch of the U.S. military, they’ve made numerous contributions that have changed the course of world history. As with the rest of our armed forces, they played major roles in preserving our freedoms and ensuring our nation’s security.

In observance of the Marine Corps birthday, we present you this bunch of facts about our jarheads that should intrigue you:

Philadelphia’s Tun Tavern was the birthplace of our Marines, with the first batch being enlisted there. Whether their decision to join was made soberly or out of intoxication remains a mystery.

What do English Bulldogs and Marines have in common? They’re faithful, loyal, and tenacious.

Marines aren’t only praised for their combative and tactical skills, but they also deserve recognition for their intellectual prowess. If you’re wondering why they’re so brainy, it’s because they’re required to read a minimum of three books from the Commandant’s Choice or Grade Level sections every year.

Our Marines are known for their tenacity and lasting faithfulness toward the country and their comrades. It’s no wonder why they live by this motto. It means “always faithful.”

The next time you see a Marine eating unusually fast, you’ll know why.

Ever wondered where the name originated? There are two stories behind it: Some say it’s because of their high-and-tight haircuts while others believe it has something to do with their World War II-era uniforms, which make their heads look like Mason jars.

How Best to Celebrate the Marine Corps Birthday

Even if you’re not invited to the official Marine Corps Birthday Ball and witness the cake slicing ceremony, you can still celebrate the occasion in different ways. Here are some ideas:

If you know someone who has served or is still serving in the Marine Corps, this would be the perfect time to thank them. Let them know how much you appreciate their dedication to duty.

You can do this if you’re residing in areas within Arlington, Virginia, and Washington, DC. Take time to visit the iconic statue and simply marvel at its beauty.

Even if you don’t have a Marine family member or friend, you can still throw a birthday party on this special day. You can organize a get-together with friends and family honoring our Marines.

Invite people in your community to organize a fundraiser for families of our fallen Marines.

It’s Your Turn to Help Our Heroes 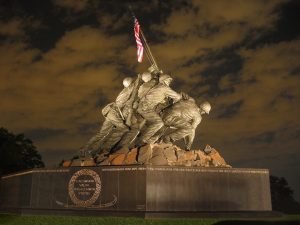 Although this day is devoted to our Marines, the event may also inspire you to recall the valor and gallantry shown by all former members of our armed forces during the wars that they fought for our country. They’re the reason why our country remains the bastion of democracy and the strongest in the world.

Sadly, many of our veterans are facing hard times. They’re grappling with unemployment, service-connected disabilities, mental health issues, and homelessness.

Our heroes need all the assistance they can get to be able to live the decent and fulfilling life that they fully deserve.

You can help them achieve this by simply donating an unwanted vehicle to us at Veteran Car Donations. Once we receive it, we’ll sell it and transfer the proceeds to our nonprofit partners.

You will also benefit from your charitable contribution since you’ll get to enjoy our free towing service, which is available in all 50 states. You’ll also like our quick and convenient donation process where you don’t have to do any paperwork. On top of that, you’ll have the privilege of receiving a maximized tax deduction in the next tax season.

All these material perks may pale in comparison to the greatest reward you’ll get for your act of charity: the priceless feeling of satisfaction for doing something that can uplift the lives of our heroes.

We accept almost all vehicle types, including those that are no longer working properly.

Celebrate Our Marine Corps Birthday with a Heartfelt Gesture

As we give thanks to our Marines this November 10th, let’s also use this day to support our suffering vets. Make a lasting impact on their lives with a simple vehicle donation. Call Veteran Car Donations at 877-594-5822 or fill out our online donation form now!