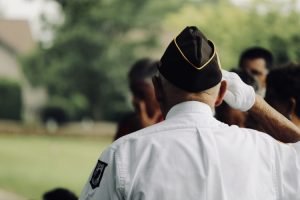 Our nation observes Purple Heart Day on August 7th of each year. On this day, every American is encouraged to pause and remember our servicemen and servicewomen who put their lives on the line to protect ours.

Since purple is the color that signifies courage, a Purple Heart recipient is someone who sacrificed greatly for our country. Since General George Washington created this award during the Revolutionary War in 1782, over 1.8 million Purple Heart medals have been presented to service members who were killed in action or seriously wounded while distinguishing themselves for their remarkable bravery in battles.

What You May Not Know About the Purple Heart

If you don’t know much about America’s oldest and most famous military decoration, check out these interesting facts that Veteran Car Donations has pulled together.

Actor Charles Bronson — who became famous for his roles in The Magnificent Seven, Death Wish, and The Dirty Dozen — started as a truck driver in the Army Air Corps in 1943 until he became a tail gunner in a B-29. He received the Purple Heart after sustaining multiple wounds in combat.

Another well-known actor named James Arness — who became a pop culture icon for his portrayal of the role of Marshall Matt Dillon in Gunsmoke for over five decades — was also awarded a Purple Heart. As a rifleman in the U.S. Army,  he was severely injured in his right leg during the Battle of Anzio in 1944.

Actor James Garner — who starred in the Maverick and The Rockford Files — received a Purple Heart and several other military decorations after sustaining injuries from a mortar round and friendly fire. He was shot in the buttocks as he was diving into a foxhole. He also got hit in the face and hand by shrapnel from a mortar round. He signed up for the Merchant Marines, served in the National Guard, and enlisted in the Army during the Korean War.

Several War Department employees and Red Cross personnel were also Purple Heart recipients after being wounded during World War II. Ernie Pyle, who worked as a combat journalist, also earned the citation posthumously after he was killed while covering the fighting on the island of le Shima in the Pacific. However, civilians were excluded from the award after the rules of eligibility were revised in 1997.

The Lone Star State established its own order of the Purple Heart after awarding wounded service members who fought during the war on terror following the 9/11 terrorist attacks. The medal looks similar to the oldest national citation, except for the state’s coat of arms that replaced George Washington’s profile.

You Can Help Our Nation’s Heroes! 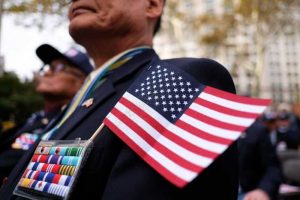 What better way to celebrate Purple Heart Day on August 7th than by donating a vehicle for their benefit at Veteran Car Donations? When you do that, you’ll be showing your gratitude and appreciation to the brave men and women who fought for us, endured enormous sacrifices, and risked their lives to defend our freedoms and protect our nation’s security. Sadly, many of them are suffering from service-connected disabilities and illnesses, including mental health issues, unemployment, lack of support, and homelessness due to utter poverty.

We’ll auction off your donated vehicle and use the proceeds to support the vital programs and services of our charity partners. These are IRS-approved 501(c)3 nonprofits that are at the forefront of providing deserving veterans with quality health care, financial aid, housing assistance, employment opportunities, mentoring, family support, educational scholarships, psychotherapy services, and many other benefits.

You will also benefit from your charitable contribution. Not only will you receive our free pickup and towing service wherever you are in the country, but you’ll also qualify to receive a top tax deduction in the next tax season.

We accept almost all types of vehicles regardless of their condition.

To get to know our quick and convenient donation process and other details, check out our FAQs page. If you have questions and concerns, feel free to call us at 877-594-5822 or leave us a message online.

On Purple Heart Day this August 7th, show your gratitude to our nation’s brave heroes with your car donation. Many of them desperately need help. Call us at 877-594-5822 or fill out our online donation form to show your support now!