Did you know that about 44.7 million Americans have developed post-traumatic stress disorder at some point in their lives? PTSD can occur to anyone who has experienced a traumatic event. Even kids and toddlers have been diagnosed with this mental disorder.

PTSD is nothing new. But it gained prominence some years back as more and more members of the military and other people from various walks of life fell victim to this malady. In 2010, the U.S. Senate officially designated June 27 of each year as PTSD Awareness Day.

This was to honor the memory of Army Staff Sgt. Joe Biel of the North Dakota National Guard who suffered from PTSD and took his own life in April 2007 after his second tour of duty in the Iraq War. The proponents of the Senate resolution designated Biel’s birthday, June 27, as PTSD Awareness Day. In 2014, the Senate designated the whole month of June as PTSD Awareness Month.

PTSD Awareness Day was created to encourage everybody to learn more about PTSD and, more importantly, help raise public awareness. The event also serves a perfect opportunity to inspire people to support those affected by the illness.

Stats and Facts about PTSD

While combat veterans used to be the only ones diagnosed with PTSD, so much has changed over time. Nowadays, more and more people from various demographics have been diagnosed with the mental disorder.

Traumatic events such as abuse, natural disasters, accidents, and sexual assault, have served as triggers for the malady.

To help spread PTSD awareness, it’s important that we know the basics of the disorder, particularly its symptoms and treatment options. Learning about these things can also compel others to do their part in addressing the issue.

How You Can Get Involved

Taking part in PTSD Awareness Day can be done in simple ways. You can educate yourself by doing online research, attending a seminar, or talking to a mental health expert. It’s also a good idea to inform others about the importance of the event by posting messages about it on social media.

If you know someone with PTSD, whether a relative or a friend, you can show your support by simply visiting and greeting them. You can also make your way to a local VA facility to visit veterans diagnosed with the mental disorder.

Help Our Vets Get Treatment Today 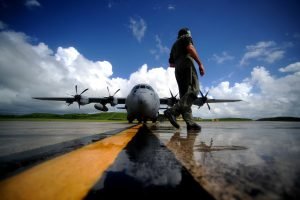 You can help those veterans in a more substantial way by donating an unwanted vehicle to us at Veteran Car Donations. Your donation could serve as a powerful tool to enable a PTSD sufferer to get treatment, paving the way to their full recovery.

We will auction off your donated vehicle and use the proceeds to support the programs of our IRS-certified 501(c)3 nonprofit partners. These nonprofits provide deserving veterans with free mental healthcare, mortgage-free and specially adapted homes, employment opportunities, job training, transitioning assistance, tutoring support, education scholarships, financial assistance, life skills training, counseling, and many other benefits.

In return for your vehicle donation, we’ll promptly send you a 100% tax-deductible receipt that will entitle you to claim the maximum tax deduction in the next tax season. You will also find satisfaction in our quick, convenient, and no-paperwork donation process and our free pickup and towing services.

You can donate to Veteran Car Donations by either filling out our secure online donation form or calling us directly. We accept donations of nearly all types of vehicles regardless of age and condition, which means you can hand over even vehicles that are no longer running. You can also make your donation wherever you are in the United States since we have vehicle donation programs in all 50 states.

Show Our Veterans They’re Not Forgotten

On or even before June 27 – PTSD Awareness Day, let’s show our nation’s heroes that they’re not forgotten. Call us at 877-594-5822 and uplift their lives with your car donation!