Top 10 Safest Cars of 2018: Enjoy Peace of Mind While Driving Any of These Vehicles

One of the top priorities most consumers have when it comes to choosing cars is safety. Despite being presented with vehicles boasting of impressive features and advanced technological systems at reasonable prices, car shoppers are still likely to turn them down once they see a low safety rating. After all, safety is and will always be the biggest concern for everybody.

Each year, the Insurance Institute for Highway Safety (IIHS) nominates a number of cars for their Top Safety Pick+ club. They would evaluate different brands and types by subjecting them through five or more crash tests, headlight tests, and advanced safety system assessments. Such vehicles must provide excellent front, side, rear, and rollover crash protection.

Similarly, the National Highway Traffic Safety Administration (NHTSA) also administers their own crash tests, scoring vehicles on a five-star scale. Our list below shows the top car brands based on the safety scores tabulated by US News, which included crash test data from both IIHS and NHTSA.

Receiving five stars from NHTSA in all crash test evaluations and an overall good rating from IIHS, the Nissan Maxima has rightfully earned its spot at the Top Safety Pick. The brand is designed with safety features such as forward collision warning, rearview camera, front and rear parking sensors, and rear cross traffic alert.

The NHTSA has rated the Kia Optima with a five-star score, while the IIHS has included it in their Top Safety Pick+ club and given it a “Good” rating in all crash tests. This 2018 Kia model boasts of additional standard safety features such as rear cross traffic alert, blind spot monitoring, rear parking sensors, and a surround-view camera.

Equipped with a Toyota Sense P, a rearview camera, and adaptive cruise control, this redesigned Camry sedan has earned a five-star rating in all NHTSA crash tests as well as a spot in the 2018 IIHS Top Safety Pick+. It has also been picked as the winner of the US News’ Best Midsize Car for the Money and Best Midsize Car for Families awards.

With features such as blind spot monitoring, reverse automatic braking, forward collision warning, and lane departure warning, the Subaru Impreza has earned the 2018 Top Safety Pick+ title from the IIHS. It also boasts of “Good” ratings in all crash tests of the IIHS as well as five stars in the rollover and side tests administered by the NHTSA. However, it has yet to be rated for the NHTSA’s frontal crash test.

Although not evaluated by the NHTSA yet, the Toyota Prius Prime has received a “Good” rating in all five crash tests performed by the IIHS as well as a Top Safety Pick status. This plug-in hybrid model of Toyota comes with standard safety equipment such as lane keep assist, pedestrian detection, rearview camera, and lane departure alert. As for the Prime Advanced, it is equipped with Toyota’s Intelligent Clearance Sonar and Intelligent Parking Assist. 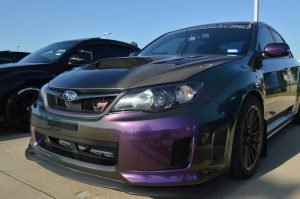 A Top Safety Pick+, the Subaru WRX sedan has earned the top rating in all six crash tests administered by the IIHS as well as a “Superior” score for its optional forward crash prevention features. It has yet to be tested by the NHTSA. The model comes with a number of advanced driver assistance systems such as pre-collision braking, rear cross traffic alert, adaptive cruise control, lane departure warning, and Subaru’s Starlink Safety and Security telematics system.

Although it has received a “Superior” score for front crash prevention and “Good” ratings in all IIHS crash tests, the Chevrolet Bolt was unable to make it in the Top Safety Pick club due to its “Poor” headlight score. Its standard safety technologies include GM’s Teen Driver safety system as well as a rearview camera, automatic high beams, blind spot monitoring, and rear cross traffic alert.

Like the Chevrolet Bolt, the Buick LaCrosse was not included in the Top Safety Pick club because of its “Poor” headlight rating. However, it has earned five stars in all NHTSA evaluations as well as “Good” ratings in every IIHS crash test. The LaCrosse is equipped with standard safety features including a rearview camera and parking sensors.

What to do with Your Unsafe Car? Donate it to Us! 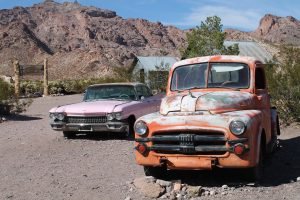 Now that you know the top 10 safest cars of 2018 and their advanced safety features, you may have realized that you’d be safer in using one of those top-rated cars than the one you’re using now. If you eventually decide to purchase a new vehicle, consider donating your old car to Veteran Car Donations.

Your donation will go a long way in providing life-transforming assistance to the veterans in your area who are suffering from service-connected disabilities, physical and mental health problems, failure to find jobs, and homelessness due to poverty and lack of support.

We will auction off your vehicle and use the proceeds to support the programs and services being provided by our nonprofit partners that cater to our nation’s heroes—the men and women who fought for us and risked their lives to defend our freedoms and protect our security.

Thanks to your donation, our charity partners will provide them with mortgage-free and specially adapted homes, free physical and mental health care services, educational scholarships, career development, employment opportunities, financial assistance, and many other benefits.

In return for your charitable contribution, you will get a set of rewards including a 100% tax-deductible receipt that will enable you to claim the maximum tax cut based on the selling price of your donated vehicle at auction or its fair market value.

You can donate to Veteran Car Donations by either calling us or filling out our secure online donation form. We accept vehicle donations wherever you are in the United States since we have car donation programs in all 50 states.

Knowing the top 10 safest cars of 2018 should serve as a timely reminder for us to remain always mindful of the need for safety on the road. Call us at 877-594-5822 if you feel you’re no longer safe in the old car you’re driving now. Once you decide to donate it to us, we’ll tow it away for free and we’ll take care of all the donation paperwork. Join us in extending a helping hand to our struggling veterans with your car donation now!