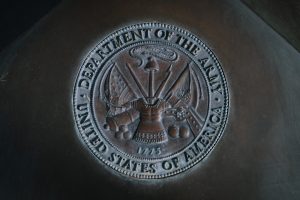 June 14th is celebrated as the U.S. Army’s Birthday to commemorate that momentous day in 1775 when the Second Continental Congress created the Continental Army, the force we know today as the U.S. Army. This came about following the outbreak of the Revolutionary War against British rule earlier that year.

Nowadays, the U.S. Army’s Birthday is celebrated with parades, picnics, military balls, and sporting events to honor the institution as well as the brave men and women who have enlisted in the Army to protect our nation’s security and uphold our liberties.

On the occasion of the Army’s 247th birthday this year, you may want to brush up on some astounding facts about this particular branch of the U.S. military. Check out some of them here:

The U.S. Army Air Corps requested Bausch & Lomb to design glasses that could block the rays of the sun and reduce nausea and headaches in pilots. This led to the establishment of the Ray-Ban brand and its signature aviator glasses.

Only five men in history were bestowed with the rank of five-star general. They were George C. Marshall, Douglas MacArthur, Dwight D. Eisenhower, Omar Bradley, and Henry H. Arnold. The rank was retired in 1981.

The U.S. Army has some 500 trained military working dogs that perform specialized functions including attack, detection, and patrol. Some canines specialize in narcotics and explosive detection.

Thirty-one presidents of the United States served in different branches of the military, with 16 of them serving in the Army.

Celebrate the U.S. Army’s Birthday By Reaching Out to Our Struggling Veterans

The U.S. Army’s 247th birthday on June 14th is the perfect occasion to extend a helping hand to our veterans who are finding it extremely difficult to transition to civilian life. They include the former servicemen and servicewomen residing in your community who couldn’t find decent jobs and a roof over their heads. Others are suffering from service-connected disabilities and serious illnesses, including mental health conditions, but have no access to medical care.

If you’re looking for a practical way to help these disadvantaged and struggling veterans, consider donating your unwanted vehicle to us at Veteran Car Donations. We will use your donation to improve their living conditions.

Our team will sell your donated vehicle through an auction and use the proceeds to support the life improvement programs for veterans of our IRS-certified 501(c)(3) nonprofit partners. These nonprofits use the funding we give them to provide their beneficiaries with free comprehensive health care and medical treatment, psychotherapy services, financial aid, housing assistance, family support, educational scholarships, employment opportunities, and many other benefits.

You’ll reap meaningful rewards in return for your charitable contribution. Instead of driving your vehicle to our nearest facility, you’ll get a free professional towing service from us. We can collect your vehicle anywhere in the country.

Your gift will also entitle you to claim a top tax deduction in the next tax season.

On top of these material rewards, you’ll experience the priceless joy of knowing that you’re giving back to those who risked their lives to protect ours and secure our freedoms, too.

Since we’re willing to accept nearly all vehicle types, feel free to donate your unwanted car, truck, van, motorcycle, snowmobile, or even that old motorized wheelchair previously used by your grandma.

Head over to our FAQs page to get to know our quick and convenient donation process and other important information. If you have questions and concerns, feel free to call us through our 24/7 toll-free hotline at 877-594-5822 or write to us here.

Today’s the Best Time to Help Our Heroes 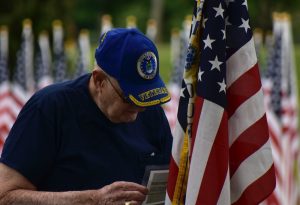 Celebrate our Army’s birthday by enabling the hurting heroes in your community to live decent and dignified lives. You can do that with your car donation. Call Veteran Car Donations at 877-594-5822 or fill out our secure online donation form now!