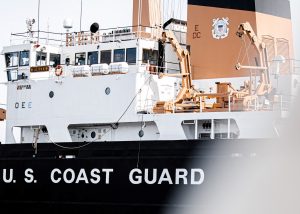 The Coast Guard has several animals that served as its companions or mascots, including explosive detection dogs, that are still being used today.

Sinbad, the most famous Coast Guard dog to date, served aboard the USCGC George W. Campbell during World War II. He was treated as a member of the crew and was assigned the rank of “Chief Dog” or K9C. After 11 years of service, Sinbad was honorably discharged and awarded six medals. He was also the first Coast Guard member that became a subject of a published biography.

Douglas Albert Munro was the only Coast Guard member who received a Medal of Honor for his bravery and sacrifice. Munro selflessly sacrificed himself to cover the evacuation of his fellow U.S. Marines under heavy fire from Japanese forces in Guadalcanal, Solomon Islands, in September 1942. The 22-year-old Coast Guardsman brought his boat to shore to block the enemy attacks and was fatally wounded. His final words were: “Did they get off?”

Anthony Christy was the oldest active serving Coast Guard member. He died on duty at the age of 105 in September 1862. Christy served as the keeper of the Christiana Lighthouse in Delaware.

The International Ice Patrol was founded after the world-famous Titanic ship sank in 1912. Since then, the Coast Guard has been monitoring the locations of icebergs throughout the Arctic and Atlantic Oceans. It sends alerts to vessels that sail between Europe, the United States, and Canada and assists them as they sail through these waters.

What You Can Do to Help Our Nation’s Heroes

In celebrating the U.S. Coast Guard’s Birthday, we pay tribute to the brave and dedicated men and women tasked with ensuring our nation’s maritime security as well as conducting search and rescue as well as law enforcement operations on shore and at sea. Like the other members of our armed forces, members of our Coast Guard, both past and present, are hailed as our nation’s heroes.

Sadly, however, many of our military veterans are living miserable lives. Some are homeless and can’t find decent jobs. Others are suffering from service-connected disabilities and serious health issues, including mental disorders.

If you’re looking for an opportunity to help the veterans in your local area rise above the tough challenges they face, consider donating any type of vehicle to us at Veteran Car Donations.

We’ll put your automobile up for auction, with the proceeds going to our veteran-focused nonprofit partners. Like us, these IRS-certified 501(c)(3) nonprofits are dedicated to serving disadvantaged and underserved veterans. They use the funding we give them to provide their beneficiaries with housing assistance, financial aid, employment and livelihood opportunities, family support, free quality health care and medical treatment, psychotherapy services, educational scholarships, and many other services meant to improve their living conditions.

Donating to us is quick and easy. We won’t hassle you with unnecessary steps or complicated paperwork. All you have to do is contact us.

You also won’t go home empty-handed after making your donation. You’ll receive valuable rewards such as the free and fast towing of your unwanted vehicle anywhere in the country.

Your charitable contribution will also entitle you to receive the maximum tax deduction in the next tax season.

More importantly, your act of charity will leave you feeling fully satisfied, knowing that you’re helping uplift the lives of the heroes residing in your area.

We accept not just cars but almost all other types of vehicles, including those that are no longer in good condition.

To learn more about Veteran Car Donations, including our quick and easy donation process, check out our FAQs page. If you have any questions or concerns, don’t hesitate to call us anytime through our toll-free hotline at 877-594-5822 or message us here.

Let Our Heroes Know You Care 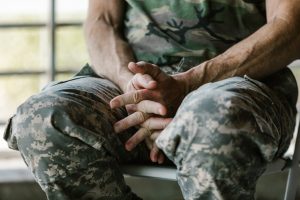 If you’re ready to let our dear veterans know that you’re grateful for their sacrifice and service to our nation, now is a good time as any to return the favor. Your car donation can make a difference in their lives. Call Veteran Car Donations at 877-594-5822 or fill out our secure online donation form now!