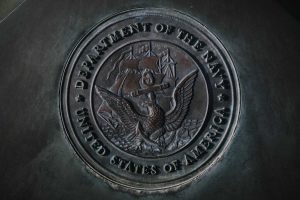 Would you believe that it’s going to be 246 years since the United States Navy was born? The world’s most powerful naval force will be celebrating its birthday on the 13th of October.

When it was first introduced to the world on October 13, 1775, at the height of the Revolutionary War, the U.S. Navy (which was known as the Continental Navy back then) only consisted of two ships. It was disbanded in 1783 when the United States finally won its independence from British rule.

Several years later, President George Washington re-established the navy in 1794 to defend the country against pirates and other forces trying to disrupt American seaborne commerce.

Fast forward to the present, the U.S. Navy now boasts the largest naval force on the planet, with a fleet of 480 ships, of which 290 are deployable (as of 2019) and more than 2,600 aircraft. The warships consist of aircraft carriers, amphibious assault ships, cruisers, littoral combat ships, destroyers, and submarines.

5 Lesser-Known Facts about the U.S. Navy

So, how much do you know about our Navy besides the fact that it’s the mightiest of the mighty? Veteran Car Donations presents five lesser-known facts about the U.S. Navy.

The Seabees, who are members of the United States Naval Construction Forces (NCF), are responsible for building military bases and paving airstrips and roadways in combat zones. The Navy had to recruit civilians who were skilled in construction trades during World War II

While many assume that the name is a reference to the sea creatures, it has no relation whatsoever. In fact, SEAL stands for “Sea, Air, and Land.” Navy SEALS are highly trained for unconventional warfare in just about any setting — whether on land, at sea, or in the air.

If it weren’t for him, the Navy might not have been created during the Revolutionary War. When the war with the British forces heated up, Washington commissioned two small schooners to patrol Boston Harbor, ultimately leading to the formation of the Navy.

Up to this day, the country has yet to declare the Navy’s official place of origin. One thing’s for sure though: It’s somewhere in Massachusetts. Some say it’s Beverly while others believe it’s Marblehead.

On this day, take time to recognize the brave men and women who are serving, as well as those who have served, in the Navy. You don’t have to know someone in the Navy personally. A simple post on social media greeting our Navy a happy birthday is enough to show your appreciation and gratitude for the service being rendered by our Navy personnel. If you want to do more than that, here are three ideas to consider:

If you’re looking for adventure, take a road trip or fly to Norfolk, Virginia, and check out the biggest naval base in the world. It’s home to the Navy’s Fleet Forces Command. There you’ll find displays of amphibious assault ships, aircraft carriers, destroyers, and other warships.

Don’t have enough time to head over to Virginia? No worries! Why not make your way to a local maritime museum instead? You’ll find yourself learning more about our Navy and its rich history.

Did you know that there are decommissioned ships available for public tours in celebration of the Navy’s birthday? Be sure to look them up online if you’re interested.

An Extra Meaningful Way of Celebrating Our Navy’s Birthday

Saving the best for last, you might want to consider donating an unwanted vehicle to us here at Veteran Car Donations. Why? Well, once we have your car, we’ll turn it into a powerful tool to improve the living conditions of our struggling Navy veterans as well as those from other branches of our military. They are our courageous heroes who have done everything to defend our nation’s freedoms and ensure our security. Sadly, many of them are living miserable lives, battling poverty, homelessness, unemployment, service-connected disabilities, as well as physical and mental illnesses.

Your auto donation can help turn their lives around. We’ll sell it and distribute the proceeds to our nonprofit partners that are dedicated to promoting the welfare of American veterans.

Thanks to your charitable gift, the needy veterans in your community can avail themselves of free quality health care, financial aid, housing assistance, employment opportunities, family support, educational scholarships, psychotherapy services, and many other benefits.

You will also get your share of rewards when you donate to us. These include a hefty tax write-off and the privilege of getting your car towed away for free wherever it is in the country.

Above all, you’ll find great satisfaction in knowing that your gift will help uplift the lives of our heroes.

We accept nearly all sorts of vehicles, even those that are no longer running well. Visit this page to learn what else we take aside from cars.

If you’re interested to find out more about our fast and seamless donation process, feel free to check out our FAQs page. If you have any questions or concerns, get in touch with us at 877-594-5822 or send us a message here.

Convert Your No-Longer-Needed Vehicle into a Life-Changer Today! 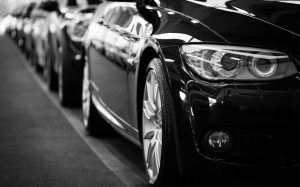 In celebration of the U.S. Navy’s birthday on October 13th, let our heroes know how grateful and appreciative you are for their service by making a vehicle donation. Your donation will help them realize their dreams of living a decent and dignified life. Call Veteran Car Donations at 877-594-5822 or fill out our online donation form now!