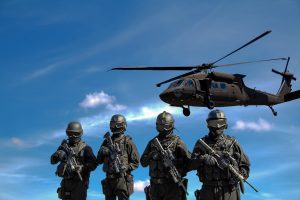 Have you ever wondered how our armed forces consistently protect our country? Despite the numerous terrorist attacks targeting the United States within and beyond its borders, our country remains one of the most secure and successful countries in the world. We have the special forces in our military to thank for that.

As a tribute to the exemplary courage and dedication being shown by members of the United States Special Operations Forces, it’s only fitting that we get to know their different units and how each of those units contributes to our country’s defense. For this reason, Veteran Car Donations shares what you need to know about our country’s Special Operations Forces, which comprise of 10 units — the Army Green Berets, Army Night Stalkers, Army Rangers, Navy SEALs, Navy SEALs Missions, Navy SWCCs, Marine MARSOC, Marine RECON, Marine RECON Missions, and Air Force Special Tactics.

We highlight 5 of these units here:

The Army Green Berets are known for their exceptional skills in engaging in modern warfare. The unit has several A-teams comprising of 12 members each. Each team member has a specific function. The Army Green Beret’s missions include penetrating an enemy’s zone during times of war, traveling to friendly countries to teach military strategies, acting as war diplomats, and undertaking counterterrorism assignments.

The process of training and selecting qualified members of the Army Green Berets is stringent. A trainee needs to have certain skills and a great deal of determination to become a Green Beret. Soldiers who pass the rigorous training process are trained to become experts in specific fields.

As its name implies, this Special Operations Forces unit is known for its proficiency in nighttime operations. The members of this elite team are trained to undertake dangerous reconnaissance and attack missions at night. They are trained to handle any type of assignment that involves the use of rotorcraft anywhere in the world at a moment’s notice.

The terrorist attack that took place on September 11, 2001, prompted the United States government to make necessary changes to the structure of the military. One of the changes that were made was the U.S. Marine Corps Forces Special Operations Command (MARSOC) teaming up with the U.S. Special Operations Command (SOCOM). The unit’s functions include direct action, special reconnaissance, and foreign internal defense.

The Navy SEALs team is another important component of the U.S. military. Members of this elite unit are called SEALs because they are trained to undertake covert missions in sea, air, or land. The members go through the most advanced and rigorous military training to build their stamina and develop special skills to work and solve problems as a team.

When they are not deployed overseas, they continue to train, acquire more skills, and learn more strategies that they can use to do their jobs better. The functions of the Navy SEALs can be divided into 5 categories — foreign internal defense, unconventional warfare, counterterrorism, direct action, and special reconnaissance.

The U.S. Army Rangers are known for their precision and skills in remaining undetected in a foreign war zone. The unit’s functions include insertion and extraction of U.S. commandos behind enemy lines and participation in direct-action operations reconnaissance.

Army Rangers are grouped by threes or fours. They are trained to survive for a few days behind enemy lines, gathering intelligence and reporting their findings once they return to camp.

The Struggling Veterans in Your Area Need Your Help

Although many of their exploits remain classified and unknown to most people, our military’s special forces have played and are still playing a major role in protecting our country and keeping us safe and sound. We owe them and the other members of our armed forces a tremendous debt of gratitude.

You can show your appreciation and gratitude for those of them who have left the service by helping them in their transition to civilian life. A simple way to do this is by donating any type of vehicle you no longer need to us at Veteran Car Donations. We’ll use your donation to improve the lives of our veterans who are living miserable lives. They include those who are suffering from homelessness, disabilities, chronic unemployment, and illnesses, including mental health issues.

We’ll put your vehicle up for auction, with the proceeds going to our veteran-focused nonprofit partners. These IRS-certified 501(c)(3) nonprofit organizations use the funding that we provide them to deliver free quality health care, financial aid, housing assistance, employment opportunities, family support, educational scholarships, psychotherapy services, and many other benefits to their veteran beneficiaries.

You will also receive valuable rewards for your charitable contribution. You’ll get to benefit from our free vehicle removal service at a date and place of your choice.

You’ll also enjoy our quick and convenient donation process where you don’t have to do any paperwork.

On top of that, you’ll have the privilege of receiving the maximum tax deduction in the next tax season.

We take in nearly all vehicle types, including those that are no longer in good condition. We can collect your donation wherever you are in the country since Veteran Car Donations operates in all 50 states.

If you have any questions or concerns, feel free to call us at 877-594-5822 or you may write to us here. Feel free to check out our FAQs page for more information on our donation program. 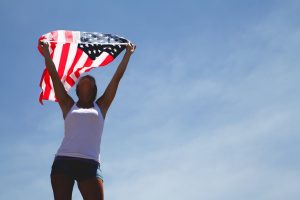