Understanding How Car Recycling Works: There’s a Much Better Way to Dispose Of Your Old Car – Donate It to Us!

Let’s start off by defining car recycling. Basically, it’s the process when a car is torn apart for spare parts. When it is dumped by its owner to a junkyard, a car becomes a source of spare parts. Vehicle dismantling has become an industry in itself. It’s been called different names: auto dismantling yard, car spare parts supplier, wrecking yard, and — just recently — car or vehicle recycling.

Did you know that the car recycling industry is the 16th largest in the United States? It contributes $25 billion a year to the national GDP. Also, there are over 25 million tons of materials recycled from old vehicles per year. Vehicles have become the most recycled consumer products in the whole world today!

What Are the Parts of a Car That Can Be Recycled?

From what you can see, almost all of a vehicle’s parts can be recovered and recycled. Here are examples of the most recycled parts of a car:

The tires are usually used as pavement bases in building new roadways. The glass is used for creating tile flooring, porcelain, glass beads, and jewelry.

What Is the Process of Car Recycling?

If a car has lost its usefulness due to a series of mechanical breakdowns, the owner usually sells it to the nearest junkyard. When the car reaches its “graveyard,” it will first undergo a detailed inspection.

The junkyard technicians will first assess the car. If they think the car still has some value and can still be repaired, they will sell it. If it’s beyond repair, they will begin dismantling the car and start recycling the parts. In most cases, the cars you see in the junkyards are recycled rather than repaired.

In car recycling, the technicians first drain any fluid left inside the car such as oil, antifreeze, gas, brake fluids, and transmission. They isolate hazardous fluids and collect them to be safely disposed of later. Fluids like gas and oil are filtered and reused.

Next, the transmission and car engine will now be lifted from its chassis. They will remove and clean the remaining usable parts. The parts stated above that can be recycled are also removed for recycling and resale.

While checking for reusable parts, the technicians will look for parts that can still be used. The rest are sold to car part remanufacturers for restoration.

Once all parts of the car are sorted out, the technicians will now work on the body of the car. The car’s body is then crushed, shredded to pieces, and reduced into golf ball-size metal lumps.

A Much Better Alternative to Car Recycling 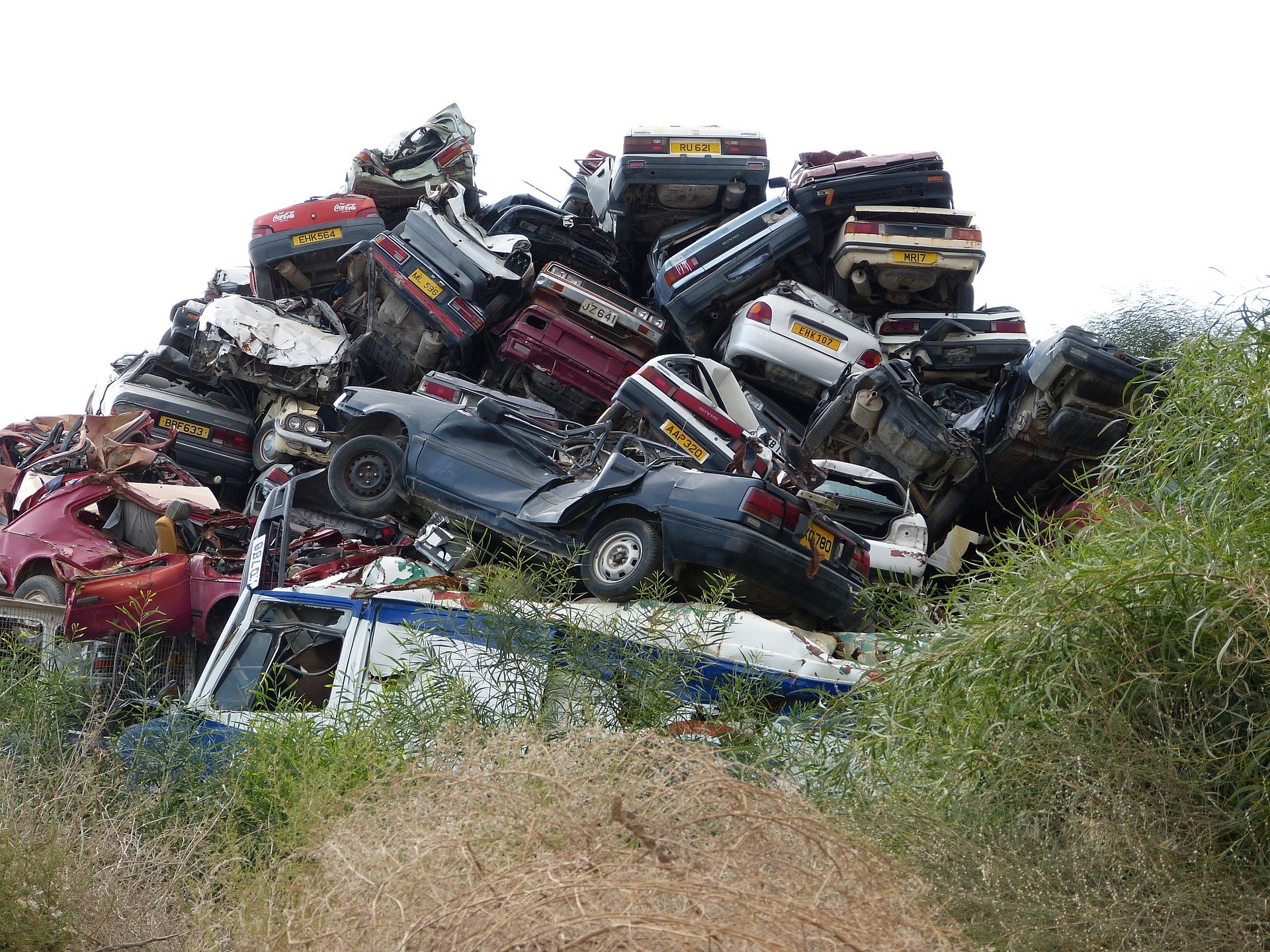 If your car is quite old but not yet a total wreck and has still some value in it, there is actually a much better way to dispose of it than car recycling: Instead of taking it to the junkyard, donate it instead to us at Veteran Car Donations! You not only get free pick-up and towing, you’ll also entitle yourself to a substantial tax deduction among other benefits!

That’s not all. The best part of donating a car or any other vehicle you no longer want is that it would go a long way in extending assistance to our nation’s struggling heroes – our veterans who risked their lives endured hardship and made numerous personal sacrifices to protect and preserve our rights and our nation’s security.

If you want to know more about our car donation process and other related matters, call us at 877-594-5822 or visit our website and fill out our online donation form. Don’t throw away your old and unwanted car! Instead, donate it to us now!