Why Do Veterans Have a Hard Time Adjusting to Civilian Life? 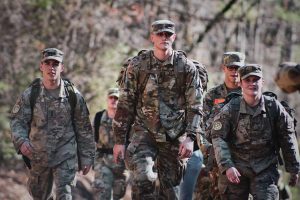 It is common for soldiers to spend extended hours away from home when they are deployed to different locations to perform various missions. Whether their deployment is for a local mobilization or an overseas assignment (combat or peacekeeping mission, additional security, or emergencies) soldiers have accepted the routine as part of their commitment to serve and protect the country from threats.

That is why when it’s time for them to retire their boots and part from the service, many veterans would admit that they expect a tough time readjusting to civilian life.

A study conducted by the Pew Research Center cited a common feeling among veterans that the military had prepared them extremely well to perform their duties as soldiers but was a bit lacking in the preparation for their return to civilian life.

Veterans face plenty of challenges upon leaving the service. One of their most pressing concerns is regaining their place in society as civilians after being identified for a long time as soldiers by their peers.

Among the common challenges experienced by vets that make it harder for them to readjust to civilian life are the following:

Since military families spend a long period apart, soldiers find it hard to find their place in their families as they are unfamiliar with the established routines in the household while they were away. This creates a feeling of isolation and uncertainty as they try to reassert their role in the family.

Living a civilian life is a major adjustment for a soldier used to the order and hierarchy of the military. Veterans and their families need to make an extra effort to adapt to their new role as part of a community.

Many veterans find it hard to look for work that’s aligned with the skills they learned and developed in the military. Most companies and organizations only have open positions that do not need the specialties for ex-military, making it hard for veterans to land decent jobs.

In the military, schedules are rigid and organized. The pace and atmosphere in the civilian workplace are different, and this may overwhelm former servicemen and servicewomen. The competitive nature of most civilian work environments also provides a stark contrast to the air of camaraderie in the military where each member works toward a common goal.

Many Veterans Face Even Bigger Challenges 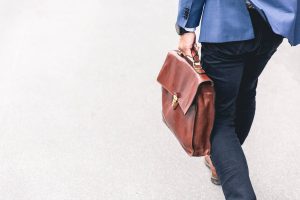 The four problems mentioned above may already prove too much for a lot of veterans. However, many of them face even bigger problems.

Some suffer from mental health issues, such as post-traumatic stress disorder and depression, leading to a high incidence of suicide among veterans. Some are burdened with disabilities from service-related injuries. Some who can’t find support and sources of income are forced out of their homes and live on the streets as homeless beggars.

These veterans need all the help they can get, and you can provide such help. All you have to do is donate any vehicle you no longer need to us at Veteran Car Donations. We accept nearly all types of vehicles, including those that are no longer in good condition.

We’ll auction off your vehicle and use the proceeds to support our nonprofit partners in their delivery of life-changing programs and services to their veteran beneficiaries. These IRS-certified 501(c)3 nonprofits provide deserving vets with quality health care, financial aid, housing assistance, employment opportunities, family support, educational scholarships, psychotherapy services, and many other benefits.

Our donors don’t go home empty-handed. We give them incentives such as the free towing of their vehicles wherever they’re located in the country. Their charitable contributions also entitle them to receive maximized tax deductions in the next tax season.

To get an idea of our quick and easy donation process, check out our FAQs page. If you have any questions or concerns, call us at 877-594-5822 or send us a message here.

Making adjustments is not easy for just about anybody, but it is much harder for veterans returning to their rightful place in society as average Joes.

You can help them overcome this challenge with a simple car donation. Call Veteran Car Donations at 877-594-5822 or fill out our online donation form now!