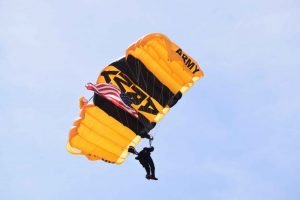 This June 14th, take time to greet our nation’s army a happy birthday as the military’s largest branch turns 246 years old! That’s a lot of candles to blow!

The Army Birthday is all about honoring the courageous men and women in the U.S. Army, past and present. It salutes those who are willing to make the ultimate sacrifice for their fellow Americans. If it weren’t for them fighting for our rights and freedoms, our nation wouldn’t be where it is now.

So, what normally happens during this special day? Ceremonies and balls, that’s what!

Cake cutting ceremonies, which take place at the Capitol Hill and Pentagon, have long been a birthday tradition in the Army. The lowest and highest-ranking officials do the honors of cutting the cake with an Army saber. This is meant to symbolize the bond and camaraderie among all Army personnel.

Hosting unit formation runs around the globe is another tradition held during the Army’s special day. Units carry their colors on parade fields at dawn before doing the formation run. The Army came up with this tradition to show the world how cohesive its members are.

What about you? Do you have any ideas on how you can observe this day? If there’s nothing on your mind, here’s one: read surprising facts about the U.S. Army! No need to research — we have everything you need to know here:

Almost a year older, to be exact!

With more than 1 million active-duty and reserve soldiers, the U.S. Army comes next to Walmart as the largest employer in the country.

If you’re a fan of Ray-Bans, you can thank the Army for that or, specifically, the late U.S. Army Air Corps Lieutenant General John MacCready. He asked Bausch & Lomb to create glasses for his pilots that can block the sun rays and reduce headaches. Thus, the company’s Ray-Ban was born.

Of the 31 presidents who have served in the U.S. Armed Forces, 16 of them were in the Army, and 24 of them served during wartime.

The total number of these bases is around 800.

The Turtle was the first documented submarine warfare, and the Army used it in the Revolutionary War. The attempt was a failure though, as it wasn’t able to sink a British warship that was moored off Governors Island in New York harbor.

That was the case until 1947. During that year, Congress enacted a law that turned the Air Force into a separate branch of the United States Armed Forces.

If it were a state, the Army would be larger than Massachusetts and Hawaii combined!

When our soldiers weren’t on the battlefield back then, they would kill time mapping America. Non-commissioned and Army officers made up the Lewis and Clark Expedition that helped map out the uncharted territory of the American West.

In 1956, the Army decided to make “The Army Goes Rolling Along” as its official anthem. The song is set to the melody of an artillery tune.

Want to Make an Impact on the Lives of Our Hurting Veterans?

Unfortunately, thousands of our veterans won’t be able to celebrate the Army Birthday as pleasantly as they should. They are those who are jobless and homeless as well as those who are suffering from service-connected disabilities and illnesses, including mental health disorders.

What if we told you that you can give them a present that can help turn their lives around? You don’t need to hand it to them personally but to us here at Veteran Car Donations. We’re talking about a spare vehicle of yours!

Once you donate it to us, we’ll sell it and use the proceeds to support the programs of our veteran-focused nonprofit partners. These IRS-certified 501(c)(3) nonprofits provide deserving vets with financial assistance, employment opportunities, free medical treatment, psychotherapy services, housing assistance, and other essential services.

By donating to us, you will qualify for a top tax deduction in the next tax season. You will also benefit from our free pickup and towing services, which we provide our donors in all 50 states.

Best of all, you’ll experience a feeling of immense joy and satisfaction knowing that your charitable gift will help transform the lives of our heroes.

You can donate almost any type of vehicle regardless of its age or condition.

If you have any concerns or questions, you can reach us anytime at 877-594-5822 or you can leave us a message here. Visit our FAQs page to learn more about our vehicle donation program.

Give the Best Birthday Present Ever! 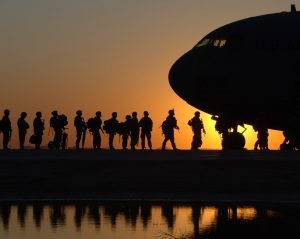 Turn your unwanted clunker into a life-changer for our struggling vets and their families today. Your car donation might help provide them their most unforgettable Army Birthday yet. Call Veteran Car Donations at 877-594-5822 or fill out our online donation form now!