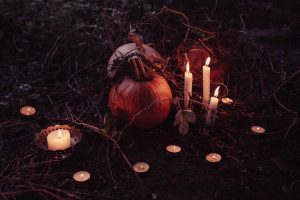 Did you know that the origins of Halloween go back to the time of the ancient Celts? They celebrated a festival called Samhain to welcome the end of summer and the dark days of winter. The Celts believed that during the night of October 31st when they celebrate Samhain, the barrier that separated the living and the dead was at its weakest, allowing spirits to walk the Earth for a single night.

When the Romans conquered most of Europe in 43 A.D, it was inevitable that Celtic and Roman cultures would merge. Two Roman festivals eventually combined with the Celtic celebration of Samhain. The first was Feralia, a day when Romans commemorated those who had passed away. The second festival was a day held for Pomona, a Roman goddess of fruit and trees.

Ever wondered why the bobbing for apples is practiced during Halloween parties? It’s because Pompona is symbolized by the apple and her festival was held on the first of November.

By the 9th century, the influence of Christianity brought by the Romans spread throughout the conquered lands of the Celts. Older Celtic rites and traditions were replaced with church-sanctioned holidays.

Pope Gregory III pushed for the celebration of All Saints Day on November 1st, moving it from its original date of May 13th. The Catholic church declared the day after All Saints Day as All Souls Day, the official day to honor the dead. Both celebrations bear the touch of Celtic culture and religion as they are celebrated quite similarly to Samhain (lighting up bonfires, dressing up as ghosts, and holding parades).

Halloween today is celebrated with parties, parades, and lots of candies. Kids love Halloween because they get to dress up and go around with their friends, trick or treating with their jack-o-lantern containers. Adults aren’t left out on the fun, too, as they attend Halloween parties.

Although you’ve probably experienced Halloween celebrations more than a few times already, there’s likely a thing or two about the celebration that you might not know yet.

Take a look at these 5 fun facts about the holiday:

This tradition started in ancient times and was known as “guising” in Scotland and Ireland. People would dress up in costumes and ask for food and money. In exchange, they’d offer songs, poems, or other tricks to entertain people.

Everyone was experiencing hard times during the Second World War. Things got so bad that governments announced rationing for food items, including sugar. This led to a temporary halt of the trick-or-treating tradition during Halloween.

In ancient Ireland, jack-o-lanterns were carved out of turnips since those were the common vegetables there. When the tradition was brought to America, the vegetables used were changed to pumpkins since they were more common than turnips.

The “bon” in the word “bonfire” is a reference to bones. During the celebration of Samhain, Celtic priests would throw cattle bones into the flames of the large fires that they lit to keep them blazing, hence the word “bone fire.”

The ancient belief was that Halloween was a time when spirits walked among the living. To hide from these ghosts, people wore masks and costumes so that the ghosts would think they were also fellow spirits.

Your Old Car Can Help Uplift Lives of Needy Vets 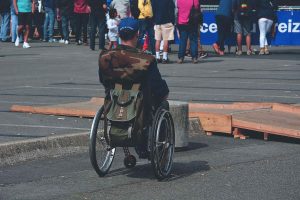 Do you know that you can still do so much good with a car you’re not using anymore? You can use this vehicle to give much-needed help to the struggling veterans and their families in your community.

How to do that? Simply hand over that vehicle to us at Veteran Car Donations. Once we get hold of your automobile, we’ll have it auctioned off. We will then transfer the proceeds to our charity partners, helping them finance the services they provide to needy veterans and their families in your area. These are our former service members who are burdened with service-connected disabilities and mental health issues, unemployment, and homelessness.

As our token of gratitude, we’ll be sending you a tax-deductible receipt, which will entitle you to claim a hefty tax deduction in the next tax season. We will also provide you with our free pickup and towing service wherever you are in the United States.

Aside from the material rewards, you’ll also find great satisfaction in doing a charitable deed that will improve the living conditions of the suffering veterans and their families in your area.

You can donate almost any type of vehicle whether in good condition or not.

That old car rusting away in your garage can bring new hope of a brighter tomorrow for our nation’s hurting heroes. Don’t think twice about it. Turn it over to us at Veteran Car Donations by calling 877-594-5822 or filling out our online donation form now!