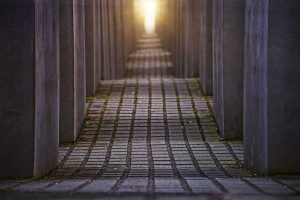 What took place at the Auschwitz-Birkenau concentration camp in Nazi-controlled Poland on January 27, 1945, will go down in the annals of history. This was the day when the Soviet Red Army liberated the largest Nazi concentration camp along with the rest of the death camps where 6 million Jews tragically lost their lives. In November 2005, 60 years after this unforgettable event, the United Nations General Assembly designated January 27 of each year as International Holocaust Remembrance Day.

We at Veteran Car Donations join our nation and the rest of the world in commemorating this historic event, which marked the end of one of the worst atrocities the world has ever seen. We honor and remember the victims of genocide as the Nazi regime of Adolf Hitler attempted to annihilate the Jewish population during World War II in a plan called the “Final Solution to the Jewish Question.”

This is also an occasion to celebrate the lives of those who survived this horrible tragedy.

5 Shocking Facts About the Holocaust that You May Not Know

What has already been done cannot be undone. However, as the public’s awareness is raised on the issue of genocide and other heinous acts against humanity, it’s our hope that this kind of tragedy will never happen again. In observance of the International Holocaust Remembrance Day, Veteran Car Donations shares these 5 shocking facts about one of the most traumatic events in world history:

Although the word “Holocaust” is often associated with the mass killing of Jews, it meant a different thing before the mass killings. Holocaust came from the Greek word holokauston, which meant sacrificial burning. However, when the genocide happened, the word was chosen as the key term for the event because, after the mass killing, the dead were burned at the crematorium or on an open fire.

Aside from exterminating the Jews, people who were disabled, homosexuals, members of the Roma ethnic group (gypsies), criminal offenders, and Jehovah’s Witnesses were the first targets of the Holocaust. According to the U.S. National Holocaust Museum, approximately 6 million Jews, 250,000 disabled people, 196,000 to 220,000 Roma, and 70,000 criminal offenders and homosexuals were slaughtered by the Nazis.

For fear that the children would grow up to become the next generation of Jews, the Nazis made it their primary goal to exterminate them. Countless of them died as they suffocated inside packed cattle cars en route to the camps while others who survived the trip were sent to the gas chambers to die.

A large number of Jews were sent to medical facilities to become the test subjects for atrocious medical experiments. These experiments involved sterilization in men and women while others became test subjects to see the effects of chemical weapons and experimental vaccines and drugs on humans. This resulted in the gruesome death of thousands of Jews.

Some countries, particularly those allied with Nazi Germany during the war, have denied the Holocaust. Holocaust deniers claimed that the “Final Solution” actually sought to encourage Jews to migrate, not kill them. These “revisionists” alleged that the Holocaust was created by the Jews for their political and financial benefit.

Remember the Veterans, Too!

Aside from recalling the victims of the Holocaust, we also need to remember our heroic veterans who fought the good fight in unfamiliar territories overseas. One of the best ways to honor the brave men and women we’ve sent off to fight our wars is to donate any type of vehicle you no longer need to Veteran Car Donations.

We auction off each donated vehicle we receive and use the proceeds to support the veteran-focused programs and services of our IRS-certified 501(c)3 nonprofit partners. These charities provide destitute veterans and their families with financial assistance, free medical treatment, employment opportunities, family support, and other life-transforming benefits.

As a token of our appreciation for your donation, we’ll make sure you’ll get your own share of rewards including a 100-percent tax-deductible receipt that will enable you to claim the maximum tax deduction based on the selling price of your donated vehicle at auction. Moreover, you’ll get to enjoy our free pickup and towing service and our quick and hassle-free donation process.

If you’re new to the idea of making charitable donations, it’s only natural for you to have questions about us and our vehicle donation program. If you have such questions, call us at 866-477-7052 or send us a message online to get all the answers you need.

Show Your Gratitude with Your Car Donation 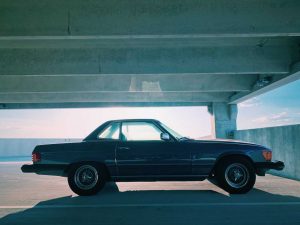 As we commemorate International Holocaust Remembrance Day on January 27, let’s not take our everyday liberties for granted because there were people who spent the best days of their lives fighting for us to secure those freedoms.

Call us now at 877-594-5822 or fill out our online donation form to show your gratitude to our nation’s heroes with your car donation now!