Interesting Facts about the American Flag 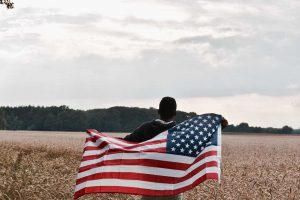 Every 14th of June, Americans celebrate Flag Day, the day when we commemorate the adoption of the U.S. flag on June 14, 1777. While the flag was already adopted as the symbol of the nation as early as 1777, it was only on May 30, 1916, when President Woodrow Wilson issued the proclamation declaring June 14th of each year as Flag Day, citing the date as the anniversary of the day when the flag of the United States was adopted by Congress as the emblem of the nation.

In his speech, President Wilson underscored the essence of Flag Day, saying the celebration sought to enjoin citizens to dedicate themselves to the nation.

Interesting Facts About the U.S. Flag

Here are seven interesting facts about the American flag:

How to Properly Display the Flag on Flag Day

As you join the nation in celebrating Flag Day on June 14th, make sure that you observe the proper protocols in using and displaying the U.S. flag in your home, school, and office.

Get a flag that has all 50 stars and 13 stripes if you plan to display the U.S. emblem on Flag Day. It cannot be oddly shaped, damaged, or discolored. Follow the protocols of the Flag Code in displaying the flag to show your respect for the symbol of the nation.

The location of the flag should be prominent. It should be easily visible. Make sure that the flag does not touch trees or vegetation and does not brush against any obstruction.

Make sure that the American flag is displayed higher than any other flags you have on display. If you have three or more flags, the U.S. flag should be placed at the center.

You Can Show Your Patriotism This Way 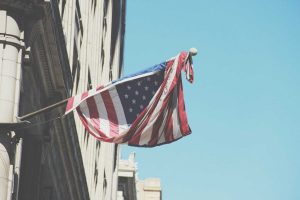 The celebration of Flag Day is intended to spark a sense of patriotism among Americans. Our soldiers serve to embody this sense of patriotism. They bravely fought and won over those who threatened our freedoms and security. That’s why they’re called our nation’s heroes.

Now that they’ve been separated from the service and facing tough challenges in their transition to civilian life, it’s just right to express our gratitude and appreciation for their invaluable service.

You can show them your compassion by donating a vehicle you no longer need to us at Veteran Car Donations. We’ll auction off your donated vehicle and use the proceeds to support the programs and services of our charity partners. These IRS-certified 501(c)3 nonprofit organizations provide needy veterans and their families with financial assistance, free medical treatment, employment opportunities, family support, and other essential services.

As our donor, you’ll get to enjoy a maximum tax deduction. You’ll also benefit from our free pick-up and towing service, which is available in all parts of the country.

You can donate not just your old car but almost any other type of vehicle regardless of its condition.

If you want to learn more about our vehicle donation program, feel free to visit our FAQs page. For inquiries or concerns, reach out to us at 877-594-5822 or send us a message online.

Help Our Heroes with a Car Donation Today

Don’t limit yourself to celebrating Flag Day this June 14th by flying the flag to express your patriotism. Go the extra mile by helping those who bravely risked their lives to protect ours. Call us at 877-594-5822 or fill out our online donation form to show them your support with your car donation now!