Learn More About the Jewish Festival of Lights 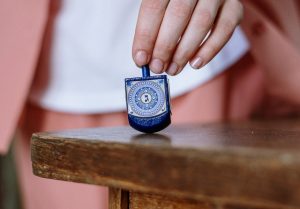 Did you know that there’s something more to Hanukkah than just a good excuse for Jews to give gifts to their friends and loved ones? The Jewish Festival of Lights commemorates the anniversary of the Maccabean revolt to reclaim the Temple in Jerusalem more than 2,000 years ago.

According to historical accounts, the Jews, who were under Syrian-Greek rule at that time, were prohibited to practice their faith. Around 166 B.C., a Jewish priest named Judas Maccabeus led a small group of people to wage war against the Syrian-Greek army. Although significantly outnumbered, the Jews won the battle.

A Closer Look at the Primary Symbols of Hanukkah

The Jews celebrate Hanukkah for eight days starting on the 25th day of the Hebrew month of Kislev. Based on the Gregorian calendar, the Festival of Lights started this year on the evening of November 28th until the evening of December 6th. During this time, Jewish communities across the world lit the menorah, played a game of dreidel, and feasted on latkes and sufganiyot to honor the rededication of the Temple in 166 B.C.

The menorah, also known as hanukkiah, is the centerpiece of the celebration. It’s a candelabra that has a central branch that’s flanked by four branches on each side. The central candle, or the shamash, serves as the helper candle that’s used to light the eight candles symbolizing the number of days that the oil miraculously kept the menorah lantern burning at the temple.

Before the Maccabean revolt took place, the Jews in Israel weren’t allowed to practice their religious rituals. However, the restrictions didn’t stop them from reading and studying the holy scriptures in groups. Whenever the Greek guards did their rounds, the Jews took out their dreidels and pretended to play games to avoid raising suspicion.

The traditional foods of Hanukkah are fried potato pancakes called latkes and jelly-filled donuts called sufganiyot. Jewish communities celebrate the holiday with these deep-fried delicacies in honor of the miracle of the oil.

Bring Light into the Lives of Our Struggling Veterans

You can extend this year’s Festival of Lights this month and make it more meaningful to you and your family. All you have to do is donate an unwanted vehicle to us at Veteran Car Donations. We’ll turn it into a powerful tool that can change the lives of our former service members who are struggling with homelessness, chronic unemployment, service-connected disabilities, and illnesses, including mental health issues.

Our team will sell your auto donation through an auction and use the proceeds to support the veteran-focused programs of our IRS-approved 501(c)(3) nonprofit partners. These nonprofits provide deserving veterans with free quality health care, financial aid, housing assistance, employment opportunities, family support, educational scholarships, psychotherapy services, and many other benefits.

As a donor, you get to enjoy valuable perks, one of which is getting entitled to receive the maximum tax deduction in the next tax season. You also don’t need to pay for our pickup and towing services. We offer them for free to our donors in all parts of the United States.

We take almost all types of vehicles, regardless of their age or condition. Apart from standard cars, we accept vans, trucks, motorcycles, RVs, snowmobiles, boats, and many others. They don’t even have to be in good condition.

For more information on our vehicle donation program, visit our FAQs page. Should you have any inquiries or concerns, you may call us at 877-594-5822 or write to us here. 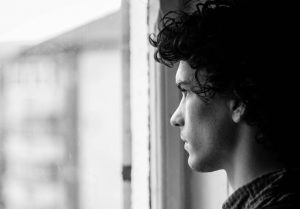 Are you ready to transform the lives of our nation’s heroes with a vehicle donation? Call Veteran Car Donations at 877-594-5822 or fill out our secure online donation form now!