The Basics: The Air National Guard

The U.S. Air National Guard has played significant roles in all of the wars, natural disasters, and civil unrest that the United States has faced since World War I.

The force has a dual purpose — the federal reserve component of the U.S. Air Force as well as the militia air force of each U.S. state, the District of Columbia, the Commonwealth of Puerto Rico, and the territories of Guam and the U.S. Virgin Islands. The force makes up the National Guard of each state and other U.S. territories.

When a state governor calls up Air National Guard units for active duty to help respond to domestic emergencies and disasters, such as those caused by hurricanes, floods, fires, and earthquakes, they fulfill their militia role. However, when the President of the United States calls up Air National Guard units in times of war and national emergencies, the units become active parts of the U.S. Air Force.

The Air National Guard has three important missions – to support the national security objectives of the U.S. Air Force; to protect life and property while preserving peace, order, and public safety; and to participate in local, state and national programs.

Previously a part of the National Guard, the Air National Guard became a separate reserve component on September 18, 1947, concurrent with the creation of the U.S. Air Force.

During the Korean War in 1950, 15 squadrons of Air National Guard units were mobilized and assigned to the Tactical Air Command.

Moments after the 9/11 terrorist attacks, the Massachusetts Air National Guard assembled the nation’s first airborne responder. In the following hours, 34 Air Guard fighter units were prepared for combat missions. The Air National Guard was mobilized within the first six months of Operation Iraqi Freedom in 2003.

The Air National Guard was quick to respond to the Indian Ocean Tsunami disaster in 2005. The force was also called to respond to recovery and relief operations for the victims of Hurricane Katrina in 2005, the earthquake in Haiti in 2010, the huge tsunami in Japan in 2011, and Hurricane Sandy in 2012.

The Air National Guard has notched several “firsts’ in its history. They include the following:

How to Join the Air National Guard

Are you interested in joining the Air National Guard? If you are, Veteran Car Donations gives you a head start by listing the basic eligibility requirements you would have to meet:

If you have any eligibility concerns, we advise you to discuss these with your military recruiter.

Do You Want to Donate a Car Today? 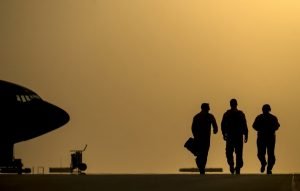 Does the sight of your rusty old car make you want to get rid of it fast? Veteran Car Donations offers a quick and convenient way for you to get your hands off your unwanted vehicle as soon as possible – without the hassle and at no cost to you! We can pick up and haul away your vehicle for free from any point in the United States! Plus, we offer you a chance to trim down your taxable income in the next tax season by mailing to you your 100% tax-deductible sales receipt.

When you make your vehicle donation, you’ll be supporting the critical programs and services for veterans that our IRS-registered 501(c)3 nonprofit partners provide. The services include general transitioning assistance, free mental health care, mortgage-free and specially adapted housing, educational scholarships, employment opportunities, and many other benefits.

All you have to do is to fill out our secure online donation form or contact us at 877-594-5822 to get started with your vehicle donation.

If you have any questions or concerns, feel free to call us or send us a message online. You can also visit our FAQs page for more information. We accept donations of nearly all types of vehicles regardless of age, mileage, and condition.

Transform Lives with Your Car Donation!

Give our beloved veterans a reason to smile. Call us at 877-594-5822 and transform their lives with your car donation!